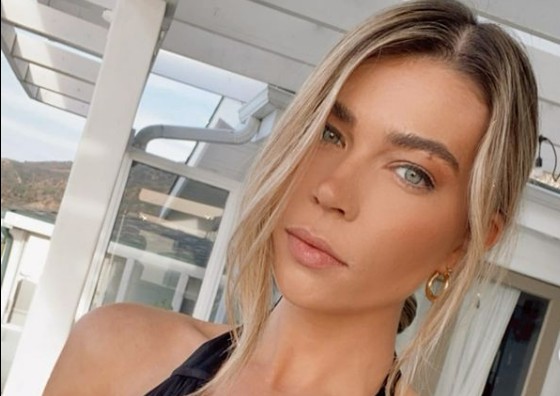 Monday night’s all new episode of The Bachelor is sure to bring more drama. Last week ended with contestant Sarah Trott nearly blacking out. Many of the other ladies didn’t understand her anxiety. Sarah already had a rose for the week from her one-on-one date with Matt. When she felt herself beginning to faint she stepped away. Producers signaled for medical staff to come evaluate her. Matt James also rushed to her side. So why will this potentially cause more drama and backlash?

US Weekly shared the promo and the scoop on what fans can expect to go down Monday night. Matt rushed to Sarah’s side and even placed his jacket on her after she nearly fell. The women did not like this. One contestant, Anna, said, “She’s getting exactly what she wants.” And, while Matt was attending to Sarah, there were still roses that needed to be handed out.

Further into the promo, fans also saw Sarah and Matt making out before finally going into a bedroom. There is also footage of Matt and Sarah making out on a bed. The drama doesn’t end there though.

This date still has us 🥰 #TheBachelor pic.twitter.com/ziux8OFLHi

In multiple clips, Sarah is seen crying. One clip in particular shows her crying saying the women can be so cruel.

Sarah shows up at Matt’s door wanting to talk. The ABC press release for this week’s episode insinuates that perhaps Matt is not happy. It says, “And even though his journey just started, Matt’s biggest fear comes to pass, leaving him devastated.”

In another part of the clip Matt is heard saying, “I don’t want to lose you.” While it’s not certain if Matt is talking to Sarah, he is wearing the same jacket as when she appears at his door.

Could Sarah self eliminate? At this point nobody knows if she will leave or they will find a way to make it work.

Chris Harrison also offered hints in a previous interview. He said, “Sometimes … those that get that early attention, those that have that really initial, bright spark, it’s hard to continue that because obviously the Bachelor/Bachelorette then has to go elsewhere.” Chris continued, “They have to compartmentalize these relationships and that makes it really tough when you have that initial burst of energy. So, can Sarah keep that going? Can she sustain that? Or will it get the best of them? That we’ll have to see.”

Monday night’s episode is sure to be interesting, especially with Queen Victoria still lurking around and causing drama.

Who Destroys Katie Thurston, Ruins Final Rose Chances With Fight
Matt Roloff Updates On Family Emergency: How Are His Parents?
‘Days Of Our Lives’ EXCITING Comings & Goings: Johnny DiMera All Grown Up – Rex Brady Back
‘Grand Tour’ Star Jeremy Clarkson Coming Back For ‘Clarkson’s Farm’ Season 2
‘General Hospital’ Spoilers: Is A Maxie Recast On The Way?