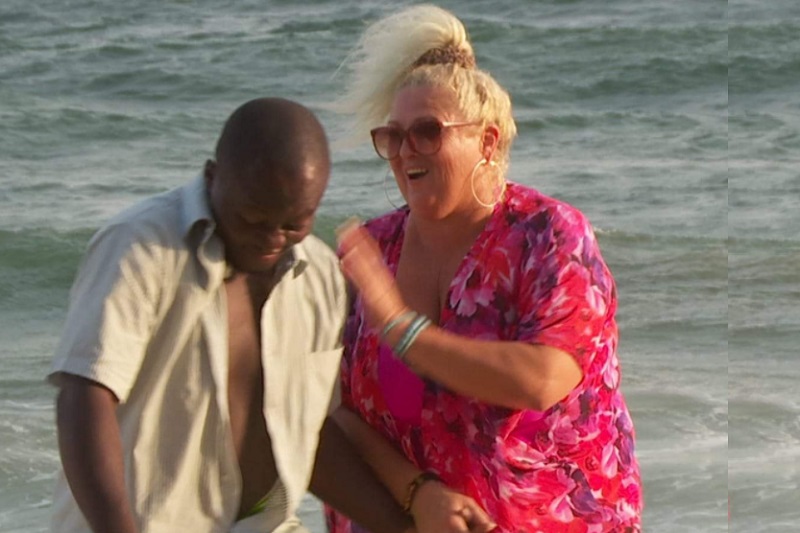 90 Day Fiancé star Angela Deem recently had a makeover but a throwback pic shows the natural beauty that she originally had to work with.  Fans went crazy over the photo of Angela. One fan even likened her looks to that of a young Tatum O’Neil, the actress. It sounds like this 90 Day Fiancé celeb might have heard that once or twice before.

90 Day Fiancé: Angela Deem From The Past

The first thing you don’t see is in this throwback pic is Angela Deems blond locks. During this time in her life, it seems the 90 Day Fiancé bride went with her natural brunette color, as seen in the photo below.

While she rocks a different adult-like beauty today, she wowed them as well in her youth. Angela popped this photo on social media for her fans to check out and that they did. She was swarmed with praise over how pretty she was at this age. These comments seemed to please this 90 Day Fiancé diva.

It seems that there are two distinct groups online when it comes to Angela Deem. The 90 Day Fiancé fans who love her make up one group. But then the other group is made up of critics. This group seems to find her hard to take.

As one fan puts it, some fans love Angela and those who say they don’t like her. But the ones who say they don’t care for this woman, secretly wish they can be more like her. She is a woman who speaks her piece and she sugarcoats nothing no matter who she’s addressing at the time.

So, it goes without saying this is a 90 Day Fiancé lady who is quite popular with both her fans and her critics.

90 Day Fiancé: Is Michael Ilesanmi a Lucky Or Unlucky Fellow?

To figure out that question above isn’t an easy thing to do. It is going to depend on who does the answering. The people who love Angela seem to have her back online. This group got suspicious with all Michael’s talk early on regarding his desperation to make it to America.

When he referred to his intended bride as his “elder” eyebrows raised. People wondered what he actually thought of the grandmother who was on track to become his wife. But 90 Day Fiancé fans didn’t have to worry after all. It became pretty clear early on that Angela Deem could take care of herself.

She met Michael head-on when she was the least bit suspicious. Sometimes they even knocked heads as she followed up on his lifestyle and social media usage. So, it looks like Angela Deem is a very independent woman. So, when she was sure Michael was on the right track, she married him.

But it looks like today Angela Deem dropped back a few decades with her new makeover. She also shares with her 90 Day Fiancé followers a glimpse of her natural beauty from years ago. At the same time, her new hubby Michael seems to be counting his blessings as his dream of being Angela’s husband and making his way to America came true.