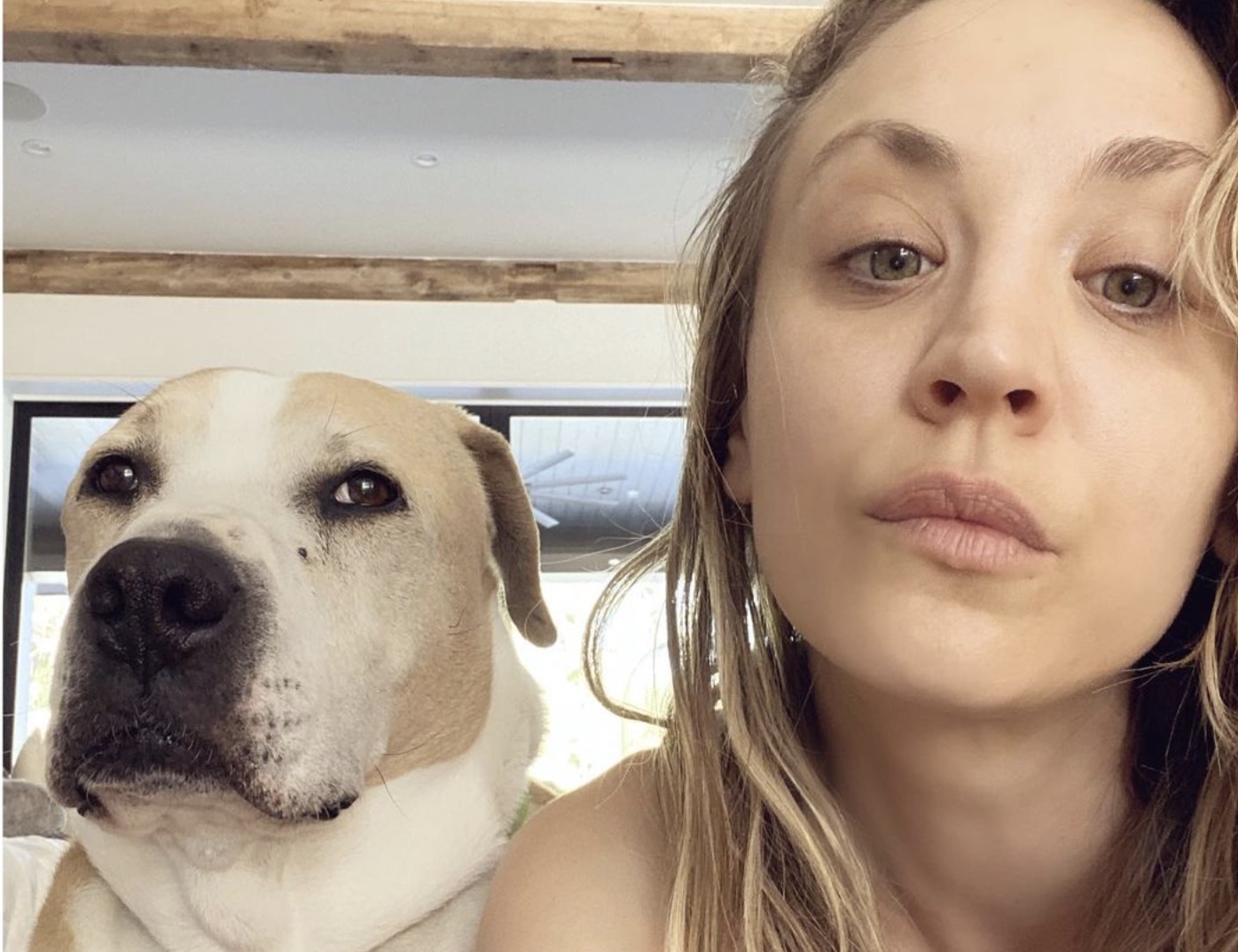 The Flight Attendant star Kaley Cuoco shared a heartbreaking post about her beloved dog Norman. He has died. How did the actress share the news of the death of her beloved pit bull?

On Saturday, Kaley Cuoco eulogized her beloved dog Norman. On Instagram The Big Bang Theory star wrote, “💔 earth shattering deep gut wrenching pain I didn’t know was possible. Norman, you were my entire world for 14 years. Thank you for smiling at me as you left this world, confirming for me once again our language was ours alone. You will always have my heart. 💔”

Along with the poignant message, Kaley shared two black and white photos. One is a heartbreaking photo of her kissing the top of Norman’s head. The second is of her and Norman looking straight into each other’s eyes. It would be hard to imagine any pet lover would have a dry eye after viewing these photos.

Kaley Cuoco Named Her Production Company After Her Pup

For 14 years, the 35-year-old and rescue dog were together. Norman was there for her to hug after long days on the set. He was her biggest love. Back in 2018, Kaley had shared a smiling photo of her pup and wrote, “My main man!! Norman, love of my life for always 🐶 This guy has saved me in more ways than I can explain. #adoptdontshop thank you.”

Moreover, he was there for her when she divorced former professional tennis player, Ryan Sweeting. In fact, Norman may have unintentionally warded off any inappropriate suitors for Kaley, post divorce. She told US Magazine, “Must love dogs is No. 1” when considering who she would eventually date. Otherwise, it was a dealbreaker.

When she met her now husband, Karl Cook, at a horse show, he passed the initial test. Cook, a professional equestrian, was the exact kind of guy she wanted to be with. “He checked that off quite quickly.” The two eventually blended their rescue pet families that includes dogs and bunnies. Their pets were part of their actual wedding ceremony, which took place just over two years ago.

Kaley Cuoco's Beloved Dog Norman Dies: 'You Will Always Have My Heart'​ https://t.co/VpqrvNIHAa

Back in November, Kaley Cuoco and Karl Cook announced the death of their newly adopted rescue, Petunia. On Karl’s Instagram, he wrote “After a life of untold loneliness and hardship, she is at rest. For that I am happy. We did what we adopted Petunia to do better than anyone else, give her everything. She is resting at peace, with every day’s sunset to warm her.”