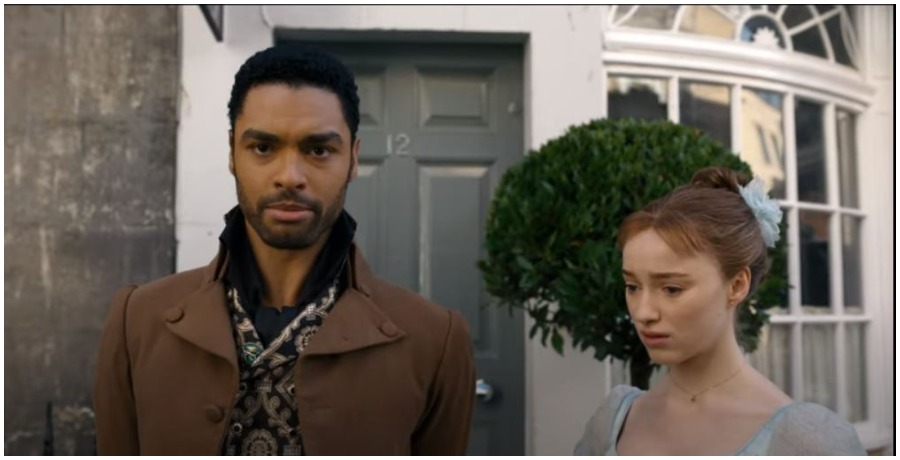 Bridgerton Season 2 is not official just yet. However, fans are calling for Netflix to continue with the series, which is a huge hit on the streaming site.

The show is based off of a book series, which follows each of the eight Bridgerton siblings in their quest for love. During the first season, Daphne is in the spotlight. She meets the Duke of Hastings and falls head over heels.

Bridgerton Season 2 may hit a snag

In addition, Season 1 left fans with a huge cliffhanger as it revealed the identity of Lady Whistledown. While fans are already itching for Season 2, actress Phoebe Dynevor, who plays Daphne, says she’s unsure when filming will begin.

Thanks to the Covid-19 pandemic, television shows are taking extra precautions with their cast and crews. This is making it difficult to film.

“I can’t imagine how it would be possible to film under these circumstances. There are so many extras and so many crew members, and it’s a very intimate show. It just baffles me how we would film it under COVID rules unless there was a vaccine beforehand,” Dynevor tells Deadline.

The actress revealed that after she filmed Bridgerton last year, shot for the TV series Younger. She reflected on how bizarre it was to follow the safety protocol on set.

“When I was filming, it was masks on in rehearsals. So, you don’t take them off until [they] say ‘action.’ Or at least we didn’t. It was a really strange experience. I didn’t see my character’s new boyfriend’s face until we were filming a scene together, which was really bizarre.”

Will Season 2 be about Anthony?

Meanwhile, Season 2 of the Netflix original series may look very different. If the series follows the order of the books, Daphne and the hunky Duke Hastings could take a back seat. The second book focuses mostly on Daphne’s oldest brother, Anthony.

The end of Season 1 hinted that the story could follow that direction when Anthony announced to Daphne and Simon that he planned to take a wife and settle down.

According to The Wrap, the series creator, Chris Van Dusen, says he has been plans for Bridgerton Season 2 if the series gets renewed.

“It might be too early to talk about at this point. I do have a plan and a vision in my head to success. The first season was about Daphne and it followed her relationship, her love story with Simon. And the Bridgerton books [written by Julia Quinn] — there are eight books, they are about eight siblings. And in success, I would love to be able to explore stories and romances for every Bridgerton sibling. Of course, I would love to be able to do that,” he says.