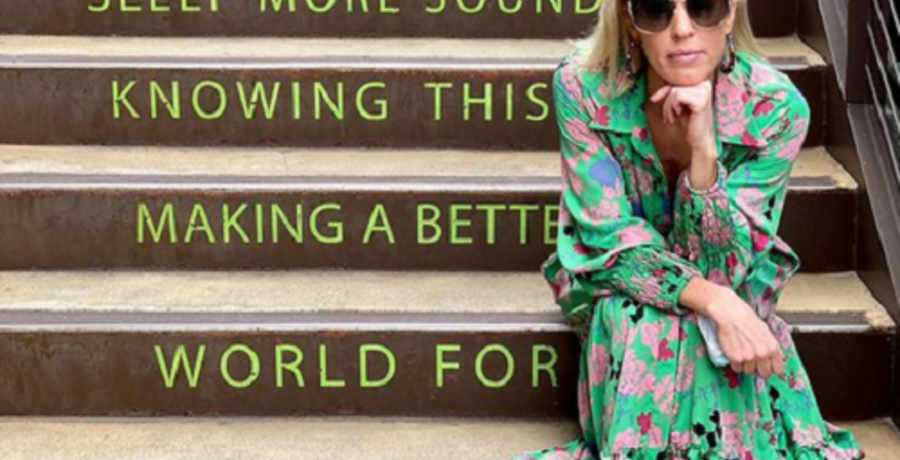 Braunwyn Windham-Burke fought back at Kelly Dodd. She revealed what led to the crumbling of their friendship. According to Braunwyn, the Real Housewives of Orange County “crossed a line” that didn’t sit right with her. She also had a stern message for the controversial reality star.

As fans know, Braunwyn and Kelly don’t get along. On Wednesday night’s season finale of RHOC Season 15, the two fought at Emily’s beach party, which somehow took place at Elizabeth’s house. Of course, the event was packed with plenty of drama. Braunwyn and Kelly exchanged words during the middle of their dinner party.

Braunwyn Windham-Burke has a message for Kelly Dodd

The Real Housewives of Orange County star says she will “absolutely not” mend her broken friendship with Kelly Dodd. It all started in November 2020 when Kelly posted and deleted a video of Braunwyn’s license plates on her cars outside of her home. Braunwyn said her former friend went too far.

“When she docks my house and put all my personal information and my address and put my kids’ lives in jeopardy, I was done, game over,” Braunwyn told Us Weekly during the Friday, January 15 episode of “Getting Real with the Housewives” podcast. “I mean, it was a nightmare. It was crossing a line. You don’t F with my family and she did.”

In December, Kelly claimed that Braunwyn hired a professional photographer to take photos of herself attending a Black Lives Matter protest. She also accused the co-star of faking her sobriety as a storyline. Then, on January 13, she alleged that her co-star also staged paparazzi photos with her husband Sean Burke at an adult store. Now, Braunwyn is addressing Kelly’s accusations.

“There was a lot of lies that were told about me this year. A lot of people saying that I hired an investigator. No, I didn’t,” Braunwyn explained. “I hired a photographer for Black Lives Matter – no, I didn’t. They said I don’t pay my taxes… so there’s just a lot of lies. At one point I was like, you know what, I’m not doing this anymore. I can’t just sit here listening to you guys lie loudly and believe it. Like, I’m not out, you know? That was hard.”

Braunwyn Windham-Burke doesn’t have many people on her side these days. But she’s found an ally in former RHOC star Tamra Judge. She revealed that her friend was there for her when her husband went out on his first date. The couple has been navigating their “modern marriage” now that Braunwyn is dating her new girlfriend, Kris.

“When Sean was on his first date, I thought I was going to be fine and I’m at dinner with her and I’m shaking and she’s like, ‘Honey, it’s OK. It’s OK,'” Braunwyn recalled of her time with the Bravo star. “Tamra knew about me being sober and she’s known about the issues. She’s known about all this stuff in my marriage before it ever got out there and she keeps her mouth shut. She is a very good person.”

Braunwyn has shared the same sentiments about Tamra before. She revealed that the former reality star has had her back. The California native said that she shared her alcoholism and marriage issues with Tamra before any of the cast knew.