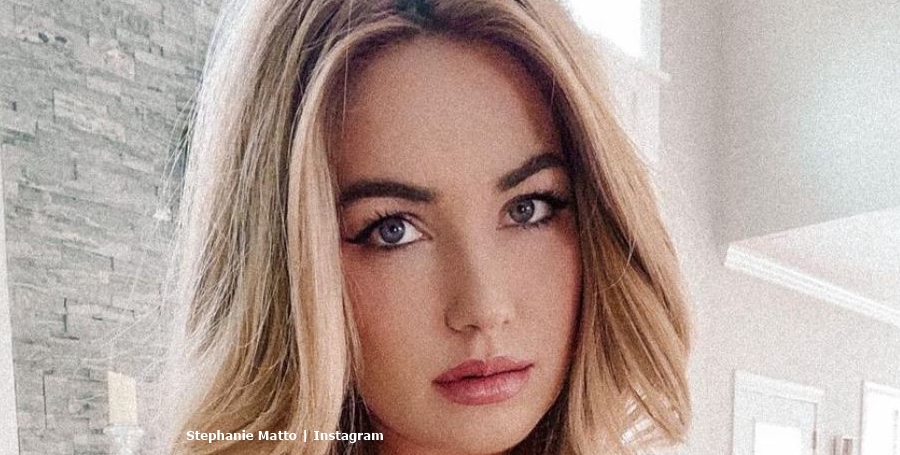 90 Day Fiance fans don’t really consider Stephanie Matto as a motherly type of person. At least, not with her Porsche, OnlyFans, and her health issues. But on January 15, she talked about adopting kids or fostering. And it seems she might consider it one day. She prefers that idea to living with someone who already has kids.

Stephanie Matto and her girlfriend Erika Owens became the first same-sex couple on the TLC show. They split and moved on with their lives. But Stephanie still gets a lot of criticism from her days on the show. In fact, many people thought she just acted the role. During the show, she mentioned not dating anyone with kids. And, some fans think that might be fortunate for those kids. After all, she picks up a lot of heat for her lifestyle and income choices.

We reported that fans feel a bit put off by the way she makes her money, In fact, a lot of 90 Day Fiance stars went onto Only Fans after Stephanie Matto showed up with oodles of money. Bear in mind, she made her cash out of her YouTube and intimate pics in the past. Recently, one critic even accused her of prostitution. So, the concept of her being a mom might strike people as a bit odd. However, she now clarified what she meant about dating people with kids.

Before The 90 Days fans felt terribly let down by Stephanie. Recall, much ado came about her and Erika as the first same-sex couple on the franchise. Many fans wonder if she actually took it all seriously as she seemed very coy with Erika. Plus, Erika couldn’t get her head around the flamboyant YouTuber and the reticent person who visited her in Australia. So, fans slammed the self-confessed bisexual star as fake. Plus she came along with an illness that seemed very serious.

Illness and a lack of apparent commitment made people think about a family if she and Ericka ever stayed together. But it all fell apart. So, the issue of kids also fell away. However, she addressed the kids factor in her Instagram Stories recently. And it turns out she wouldn’t mind kids. Just not some who belong to someone else. In her post, 90 Day Fiance star Stephanie Matto reminded fans she came from a broken home. So, she understands the complexities of a child from a previous marriage.

Adopting or fostering rather than taking on a partner with kids

Firstly, Stephanie feels that a third person like an ex-partner is always a complication. When kids are involved, that interaction between the exes never really goes away. Plus, as an unhappy child with a  step-mom, she noted, “there is so much potential for tension between a birth mother and step-parent- or even just a girlfriend.” Actually, the problems and effort with introducing a child to a new partner seems way too much trouble. And she got hurt in the process in her own life.

So, if kids come into the picture, she’d rather take them on without the complications of a third wheel in her life. She prefers the idea of giving a child home who really needs one. And that makes everything less “toxic.” From her own experiences, the 90 Day Fiance star thinks it’s less stressful for the kids as well. Furthermore, Stephanie Matto can’t have her own children. So, adopting for fostering makes more sense.