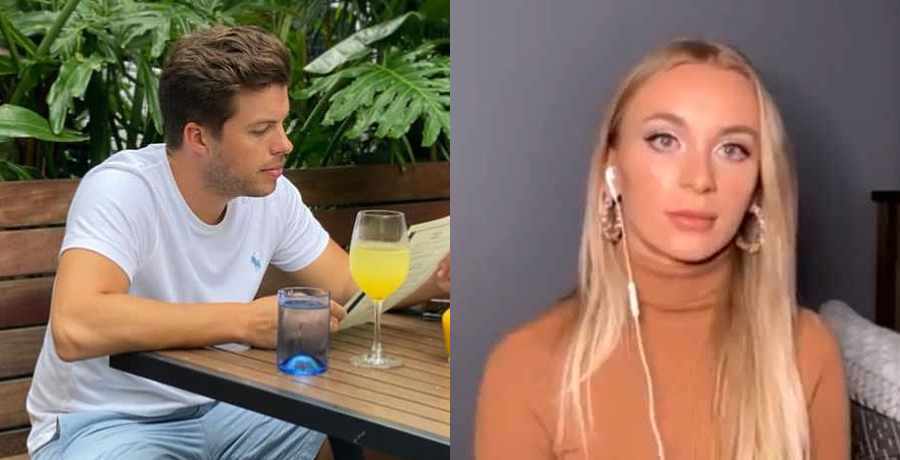 Louisiana native Jovi Dufren is starring in Season 8 of 90 Day Fiance with his Ukrainian fiance, Yara Zaya. It turns out this isn’t Yara’s first engagement. While Jovi joked about her being a “runaway bride,” he says he isn’t really worried. This is despite his family’s surprise over Zaya’s previous engagement.

Jovi Dufren spoke in an exclusive interview with Us Weekly on January 14. He told them he is aware of the fact that Yara Zaya was engaged before. He jokes, “Basically, runaway bride over here,” adding she ran away before she was supposed to marry. Dufren said while he is aware of the fact, he feels they have a connection and he isn’t really worried.

In a sneak peek into the Sunday, January 17 episode of 90 Day Fiance, Yara shares the news. However, she downplays the situation to Jovi’s mom. She said, “I mean, not engaged like ‘engaged.’ Just, like, proposed to me. But I didn’t, like … [I accepted] just a ring.”

Yara explained in her confessional that the guy proposed to her and she was engaged. However, she then changed her mind. She added that it happened, it’s life.

Yara told Jovi’s mom that she got the ring, but after four months, she met Jovi. This bombshell shocked Jovi’s mom, who immediately wants answers. She says she was guessing Jovi knows about this, adding she doesn’t even know if he does know. Jovi’s mom told the camera, it makes her a little curious as to what happened and why it ended.

While Jovi’s family was concerned about Yara’s past, they have reportedly moved on from there. Yara told Us Weekly that her relationship with Jovi’s family is good. Zaya described his family as “wonderful” and that she loves them. She said Jovi’s mom is “so good” and is a sensitive person, but now she can hang out with her.

Jovi agreed that his family has welcomed Yara and said how happy he is to see that. He did admit things didn’t go so great at first and there was some confusion. However, he said it wasn’t really conflicting, but there were things that not everybody was on the same page with. Jovi said how important it was for his family to accept Yara.

Yara does realize why the family was cautious at first and she understands. She said people watching a movie might have some stereotype about Ukrainian women and she understands that. Yara says, in fact, if she was from America and her son wants to marry a woman from Ukraine, she would be “freaking worried too.”

Keep up with Jovi and Yara on Season 8 of 90 Day Fiance on TLC, Sundays at 8 pm ET. Readers can catch the full interview on Us Weekly’s website.