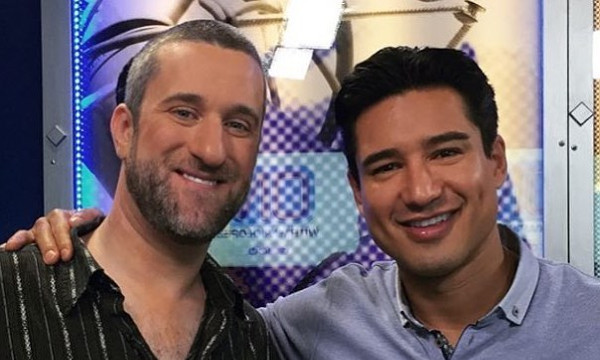 From 1989 until 1992, six close friends experienced their teen years together while attending Bayside High School in Palisades, California. However, things are not so good at Bayside today. Dustin Diamond has been diagnosed with stage 4 cancer. The Saved by the Bell star was admitted to a Florida hospital over the weekend. Better known as ‘Screech’, Diamond was admitted with complaints of pain throughout his body. Diamond is currently undergoing chemotherapy in an effort to battle the cancer. Saved by the Bell co-star, Mario Lopez, reacted to the news on his Instagram account.

“I connected with Dustin earlier this evening and although the news of his diagnosis is heartbreaking, we remain positive that he’ll overcome this. Praying for him & his family and for a speedy recovery.
God Bless.”

Lopez played Albert Clifford “A.C.” Slater. Slater is an army brat and the token “jock” of the series. He is initially an outsider at Bayside High School, but rises to be the school’s star athlete. He excels in wrestling and becomes the quarterback for the football team.

Diamond found stardom playing Samuel ‘Screech’ Powers on the sitcom Saved by the Bell. ‘Screech’ is the lovable nerd of the group. Unlike most nerds, ‘Screech’ is not self-conscious of it. He is actually quite comfortable with himself. He excels in academics, but struggles with common sense. ‘Screech’ often misunderstands the conversations and jokes that are told amongst the group. Even though ‘Screech’ is a self-aware goofball, he is also a self-proclaimed ladies man. However, ‘Screech’ is hopelessly single. He lacks the looks and charisma his friends have. That does not stop him, however, as he continuously pursues one Lisa Turtle, played by Lark Voorhies, throughout the series. Lisa is not charmed by ‘Screech’s’ dorky personality. She rejects his for years before agreeing to go to prom with him.

After Saved by the Bell

Diamond began a career in stand-up comedy once his time as ‘Screech’ finally ended. He has made various small appearances in movies and television throughout the years. He most notably made had a cameo in the David Spade movie Dickie Robert: Former Child Star in 2003.

Diamond has stayed busy through the years, but has never regained the fame he had as a teenager. The next chapter will be his battle with cancer to which we can only hope for a good outcome.

His team shared an address where fans can send the actor get well cards and well wishes. However, they ask that fans NOT send requests for autographs at this time. You send cards to the following address: