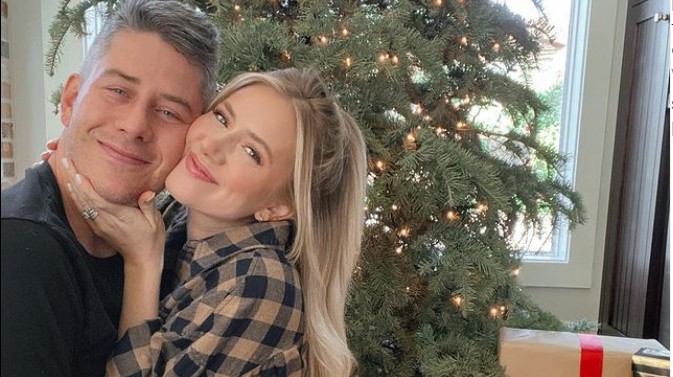 Lauren Burnham and Arie Luyendyk Jr. have already had an exciting start to 2021. They just celebrated their two year anniversary as they look forward to two new arrivals this year. This beautiful couple is expecting twins bringing their family total to five. They already share daughter Alessi. Lauren shared another bump update this week and also had to fight off rumors. Yes, rumors were swirling Lauren and Arie had separated. This all came about the same week the two shared adorable posts to one another celebrating two years of wedded bliss. So, what’s going on with this hot, expecting Bachelor couple?

Arie went to Instagram to share a photo of himself and Lauren in their wedding attire. He started out saying, “Today is our 2 year anniversary! I joked last week that I feel we have been together longer but that’s a good thing right? I love our little family.” He went on to talk about what their day would entail and what life is like with Alessi.

At the end of his post, Arie said, “I can’t wait for what this next year holds for us. I’m so grateful we found each other and even more grateful to share in this incredible life we are creating together.” 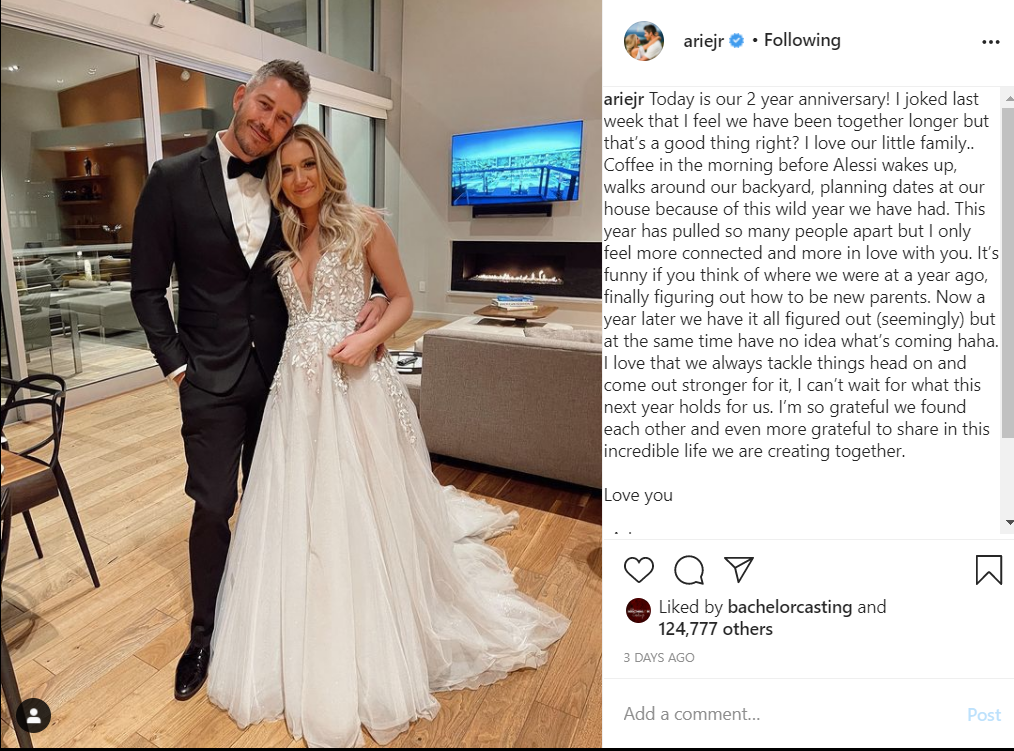 Lauren shared a photo of her in her gown and Arie’s hand on her stomach. She said, “love you more every day.🤍”

Their professed love for one another comes even as rumors are flying the two are separated. TMZ reportedly contacted Lauren to get the scoop on if the rumors hold any truth. E! shared more details. The message to Lauren said, “We are hearing her and Arie have separated. Hoping that’s not true! But wanted to reach out for a statement just in case.”

Lauren shared it with fans along with her response. She said, “i meannnnn if you count the 3 hours we separated for him to go dirt biking last weekend. yeah we’ve ‘separated.'” 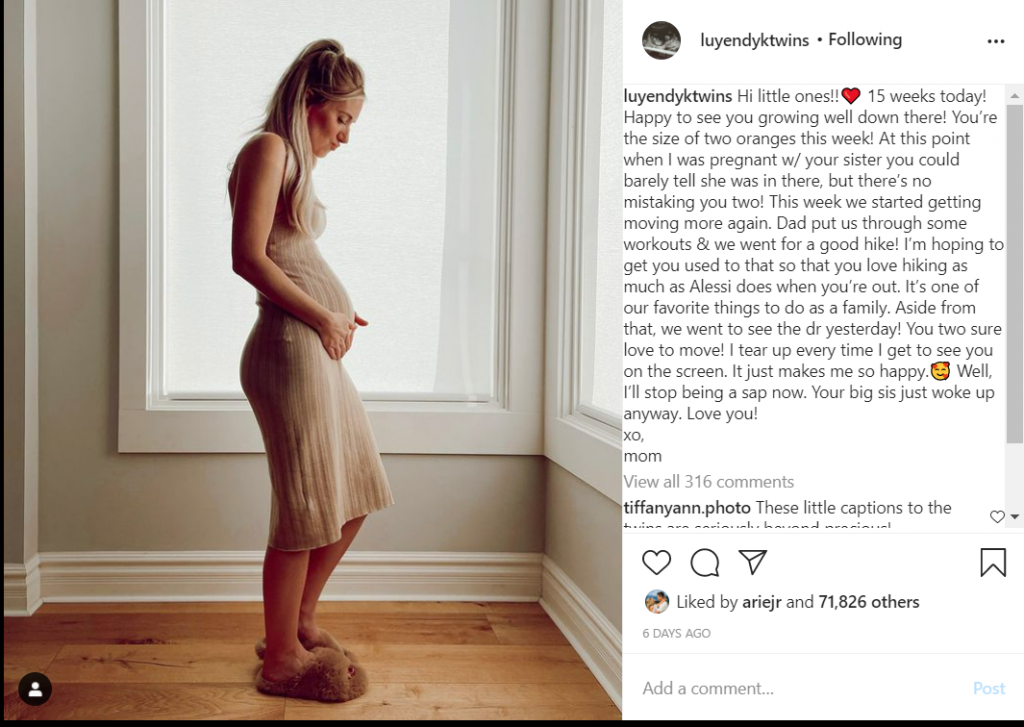 Along with celebrating their anniversary, Lauren documented her week 15 baby bump. On an Instagram page dedicated to their twins she shared all about their new milestone. She said the babies are the size of two oranges. Lauren also talked about exercising more and hoping they like hiking when they are born. She said she saw them on the ultrasound and teared up.

On her own Instagram page, Lauren hinted that she and Arie found out the twins genders. Hopefully they will be sharing that with anxious fans very soon!

In the meantime, don’t worry about Lauren and Arie. These two are madly in love and that isn’t changing anytime soon. Stay tuned for more updates on Lauren’s pregnancy.