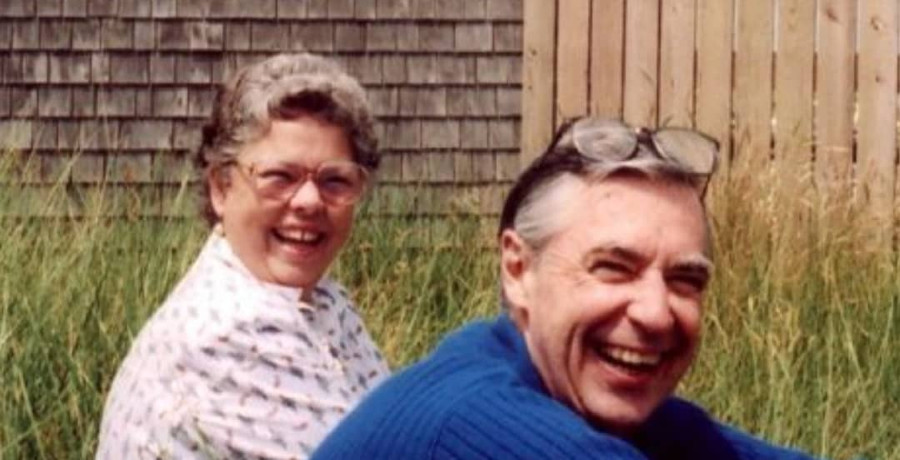 Mr. Rogers neighborhood is cloudy today. Joanne Rogers, the widow of the great Fred Rogers, died Thursday at her home in Pittsburgh, Pennsylvania. Reportedly, she died of heart complications. She was 92. Fred Rogers Productions released a statement on Twitter following the news.

Fred Rogers died in 2003. Before his death, Rogers spent over three decades as the host of the television program Mr. Rogers Neighborhood. However, Fred Rogers was much more than just the host of a children’s television show. Mr. Rogers was a pioneer in children’s education. He spoke before the United States Senate in 1969 when public television was being threatened with budget cuts. In what can arguably be one of the greatest speeches ever given before the United States Senate, Fred Rogers spoke from his heart.

“This is what I give. I give an expression of care every day to each child, to help him realize that he is unique. I end the program by saying, “You’ve made this day a special day, by just your being you. There’s no person in the whole world like you, and I like you, just the way you are.” And I feel that if we in public television can only make it clear that feelings are mentionable and manageable, we will have done a great service for mental health. I think that it’s much more dramatic that two men could be working out their feelings of anger ― much more dramatic than showing something of gunfire.”

Fred Rogers began reading the words to a song about dealing with anger from Mr. Rogers Neighborhood. Senator John O. Pastore, the chairman of the subcommittee, found the speech moving.

There are countless stories and positive things to say about Fred Rogers’ life. However, Rogers himself would say he could never have done it without Joanne.

Joanne was a “brilliant and accomplished musician”. She earned a Masters of Music Degree from Florida State University and taught at Chatham College’s Preparatory School and Carlow College. Joanne married Fred Rogers in 1952 and played a role in Rogers’ first children’s program, The Children’s Corner, which aired on PBS affiliate WQED in Pittsburgh. She shared Rogers’ passion for educating children and continued his legacy long after his death. Joanne was a truly great woman.

“We extend our heartfelt condolences to Joanne’s family and the thousands of people who had the privilege of knowing and loving her.”