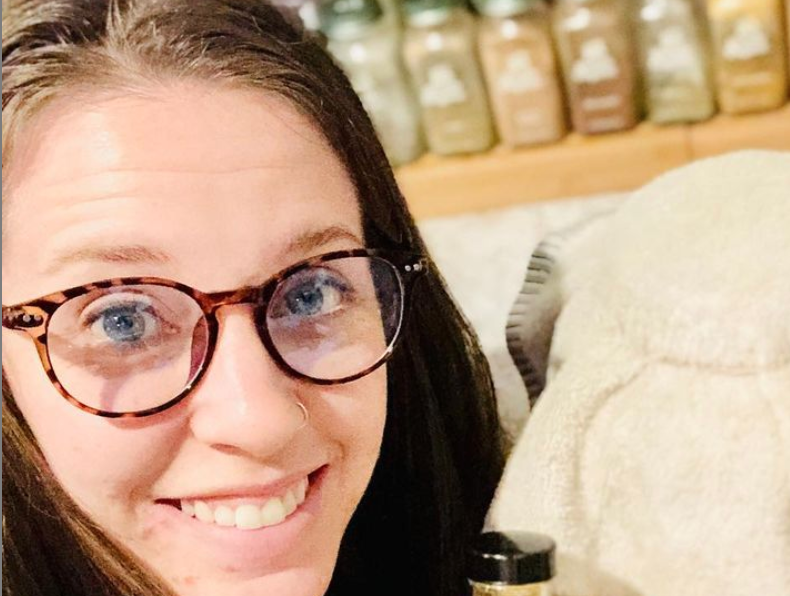 Jill Duggar Dillard recently posted on social media to show off her latest project. She reveals that she has been busy making kombucha. In addition to sharing a selfie featuring her kombucha collection, she shared about making it. The Duggar daughter even made a YouTube video too.

In Jill’s post, she tells fans that she learned how to make it from her sister, Jessa Duggar Seewald.

On YouTube, Jill reveals that making her own kombucha has taken plenty of trial and error. She’s learned how to do it the right way over time though.

In her video, she shows fans everything they need to make kombucha at home. Then, she walks them through the whole process from start to finish. Jill’s younger son, Samuel, even helped her make the tea base for the kombucha. He tells his mom how many more tea bags they need to use.

Later in the video, after letting the kombucha sit out for a day, Jill does a live taste test. After taking a sip, she reveals that the kombucha is tart. But she still thinks it’s good. She is impressed with how fizzy it is. She adds that it will probably taste better once it’s in the fridge.

In the comments section of Jill’s recent post, fans are asking her what kombucha is. It appears that some fans have never heard of it before. Others have heard of it but aren’t sure what the drink is. One said that they had tried store-bought kombucha but didn’t like it. It looks like it’s someone that Jill is close with because she offered to bring them some. So, Jill took the time to respond to a few of the questions in her comments section. She reveals that “it’s a probiotic tea drink 🤗”

Some fans also had questions about making it. Jill shares that she has added several different flavors to her kombucha, including “pineapple, mango, blueberry & ginger!”

While kombucha seems to be growing in popularity, not everyone knows what it is. Perhaps there will be new kombucha lovers now that Jill has given the drink some exposure. Plus, her video will likely help some of her social media followers get started on making their own.

So, have you heard of kombucha? What do you think of Jill’s photo and YouTube video? Share your thoughts below.