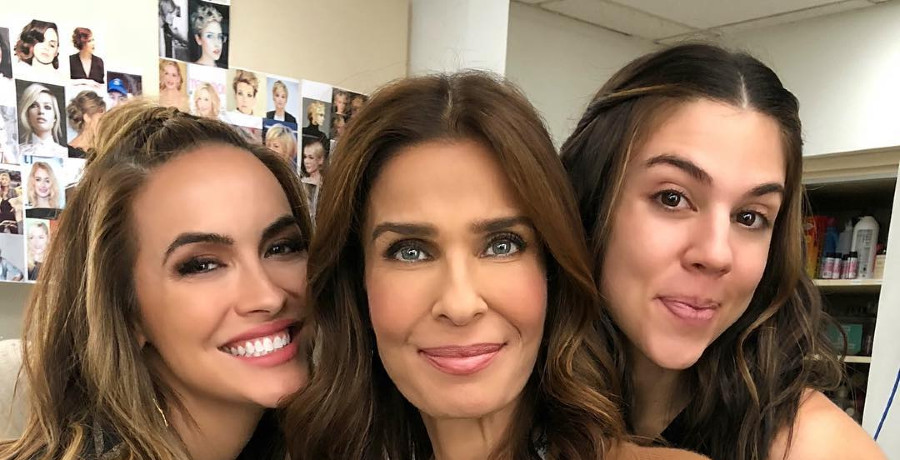 Days of Our Lives fans are in for a treat! For 37 years, Kristian Alfonso played the role of Hope Brady on the NBC sudser. However, she left earlier this year and doesn’t plan to return.

In October, Soap Opera Digest revealed that Alfonso will reunite with her DOOL co-star, Alison Sweeney. As fans know, since leaving the soap, Sweeney has made a name for herself in the Hallmark Channel franchise. In fact, she stars in the Chronicle Mysteries movie series. Alfonso will play a Sheriff in one of the upcoming movies in the series.

And now the “Fancy Face” fan-favorite actress has another new role to announce. She will star in Lifetime’s adaptation of one of the V.C. Andrews book series.

V.C. Andrews was – and still is – one of the most popular Gothic horror writers of all time, starting with the Flowers in the Attic series. While Andrews passed away in 1986, her legacy of novels has continued with a ghostwriter, Andrew Neiderman.

One series of books follows Ruby Landry as she learns about her mysterious secret family from the Louisiana bayou. The Lifetime channel is turning the Landry-centric books into a four-part series.

DOOL’s Kristian Alfonso took to her Instagram this week to share some casting news with her fans. Her latest post-soap project is starring as Gladys in the last two movies in the Landry series.

Australian actress Raechelle Banno plays Ruby Landry. Her twin sister, Karina Banno, will play Ruby’s twin, Giselle, in the series. The films have some other big names attached, as well.

Legendary country singer-slash-actress Naomi Judd stars. Additionally, Kristian Alfonso joins other heavy-hitters such as Marilu Henner, Gil Bellows, Deborah Cox and Richard Harmon. On top of those names, Alfonso isn’t the only actress with a long career in the soap opera community. The Young and the Restless star Lauralee Bell (Christine “Cricket” Blair) will also star in the Landry series.

Last summer, Lifetime delighted fans with their adaptation of the Casteel family books, starting with Heaven. As with many V.C. Andrews novels, the drama involves a secret family and a torrid romance. Beverly Hills, 90210 alum Jason Priestley and soap vet Kelly Rutherford starred in the Casteel movie series.

Fans will have to wait a bit to see Kristian Alfonso in her new role. The movies kick off with Ruby on March 20. Two movies from the series will air that weekend, with the remaining two to debut the following weekend.

Alfonso’s character will appear in All That Glitters and Hidden Jewel. Add these dates to your calendar so you don’t miss seeing her in a surprising new role!

Will you be watching Kristian Alfonso’s latest project? Let us know in the comments down below.

A Hope-less Days of Our Lives airs weekdays on NBC.