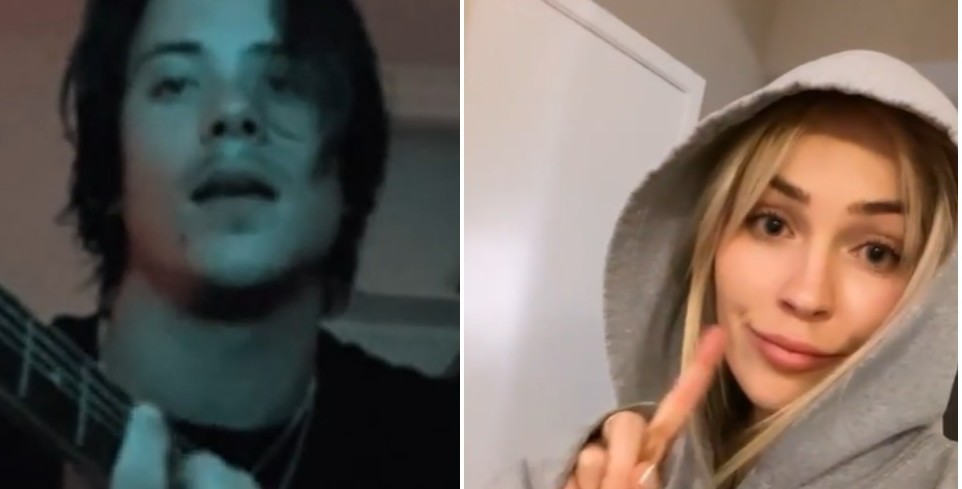 Back during the summer there were rumors Cassie Randolph was dating model and musician Brighton Reinhardt. Both denied the rumors. Brighton said he and Cassie were just friends and had been for more than four years. However, now that more time has passed since her split with former Bachelor Colton Underwood, rumors are flying again. What has fans questioning Cassie and Brighton’s relationship? A new song Brighton has released for starters. It seemingly takes a cut at Colton. Keep reading to find out more.

Fans are becoming more convinced there could be a romantic connection between Cassie and Brighton. In August, Brighton maintained he was friends with Cassie and also her whole family. However, following her split from Colton, he seemed to like her posts a lot more often. And, Brighton just released a new song that many believe is directed at Colton Underwood.

E!Online shared all about Brighton’s alleged slam at Colton. In his new song titled “Creep,” Brighton seemingly throws shade at Colton. The lyrics say, “God, I hope you get your thinking right / GPS on the underside / Told her everything will be just fine.” Many believe this was in reference to the GPS tracker Colton placed on Cassie’s car. This was one of the many reasons that led Cassie to file a restraining order.

The song released on January 8 and many can’t help but believe it is all linked to Cassie and Colton. Many feel this proves they are a couple now. Neither have yet to comment on the newest set of rumors.

Get to Know Brighton

Brighton Reinhardt is 23 years old and from Dana Point in Southern California. He is a model and musician. During an interview in 2018, Brighton said modeling had opened a lot of door for him. Brighton has also gained some fame from Instagram. He said, “Modeling has opened a lot of doors for me and allowed me to work with many creative people.” He continued, “It has helped me to become more confident in who I am as a person.” He concluded, “It’s a cutthroat industry and it’s taught me to never be too hard on myself or take myself too seriously.”

Brighton also reportedly has a bone disorder. The disorder, called congenital pseudarthrosis, forced him to endure many surgeries. The model had been through 17 surgeries by the time he was 21. He has said in the past that music is an escape for him when the realities of his disorder get to be too much.

As for him and Cassie, it’s anybody’s guess at the moment. Cassie has not commented on the alleged theories that “Creep” is about Colton. They have also not confirmed nor further denied a romantic relationship.