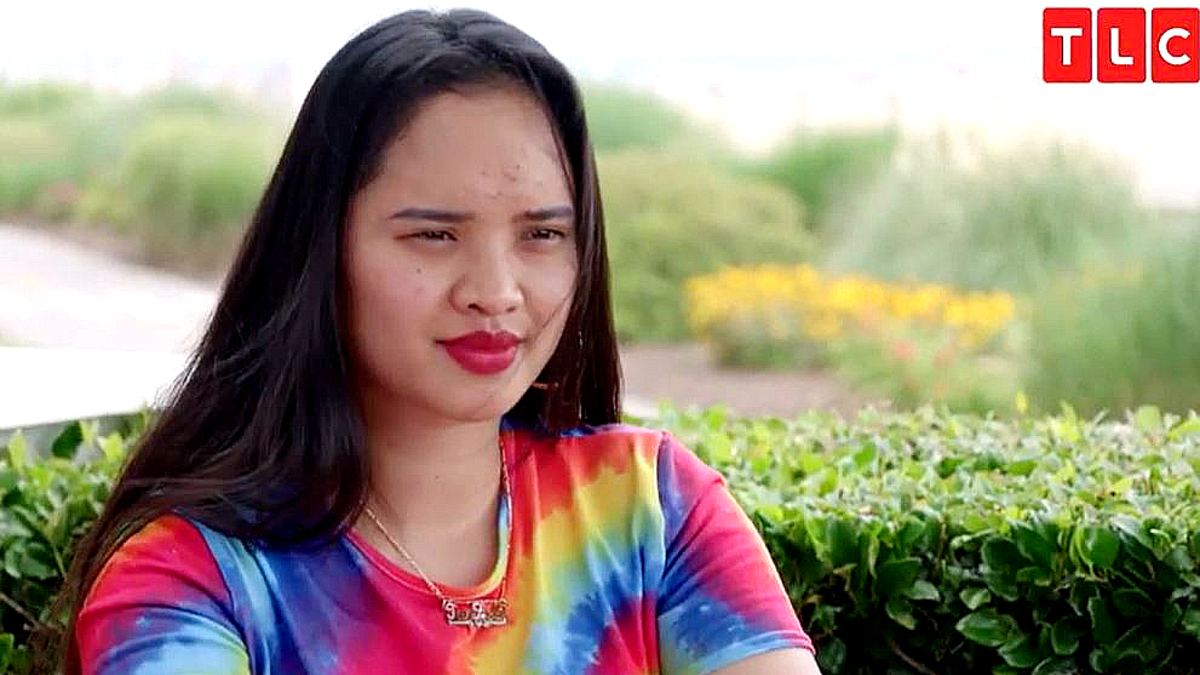 On Sunday’s 90 Day Fiancé, Tarik needs to tell Hazel about his contacting their ex girlfriend Minty. Do you remember that nugget? In TV Shows Ace exclusive clip below, Tarik is busted dead to rights by Hazel who saw that he had been texting their ex-girl Minty.

90 Day Fiancé star Tarik Myers had updated fans on his relationship with Hazel Cagalitan. We learned Hazel is bisexual and is looking for an American girlfriend. This was a jaw dropper for Tarik.

On that Before The 90 Days series,  we also found out that Hazel’s interest in his ex-girlfriend was real.  Hazel and Tarik split briefly after he accused her of ending a pregnancy consulting him and that is when Minty from Thailand came in to his picture.

On the next 90 Day Fiancé

When we last caught up Tarik and Hazel on Before The 90 Days Tarik had traveled to meet Hazel in person and did everything he could to try and fit into her culture. The two were engaged all done in a romantic proposal as Tarik headed back to the U.S.

Now, Hazel is moving to begin her 90 days with plans to bring her eight-year-old son Harry to America as soon as possible. After revealing that she is bisexual, Hazel is scouting hard for an American girlfriend to add to their polyamorous relationship. However, we find out a bit about Tarik and Hazel’s past that makes this arrangement a bit difficult.

Prior to this, the TLC star explained that he and Hazel met Minty “in the Philippines a year and a half ago.” After three days, Hazel ended pursuing all of this and that Minty was more interested in Tarik than having sex with her.

Tarik had admitted that he was “fascinated” with Minty. He has spoke of a “jealousy that came over Hazel” whenever they hung out with Minty. Hazel drew a line in the sand and told Tarik to never to speak to Minty but then he went behind her back and checked on Minty during the coronavirus pandemic.

Now, Hazel say: “In America I want to have a girlfriend  in my relationship with Tarik, but yesterday I saw something on Tarik’s phone that [is] worrying me about finding a girl.”

Tarik takes it in and says: “There are black girls, white girls, Latin girls, every kind of girl from all over the world is here. Yeah. I mean, there is Thai American here, women from Thailand are here. That would be…my thing.”

Resigned at this point, Hazel says: “I know that he likes Thai women, but Tarik and I has an ex, Minty, she is Thai and she was my first girlfriend. But when we were three together they are talking Thai in front of me and I can’t understand and I felt left out and jealous and worried he liked her too much so we broke up with Minty.”

This conversation that will paly out in full on Sunday shows how Tarik quickly deflects and blames coronavirus as the reson he was “checking” on Minty.

Will Hazel buy this explanation?