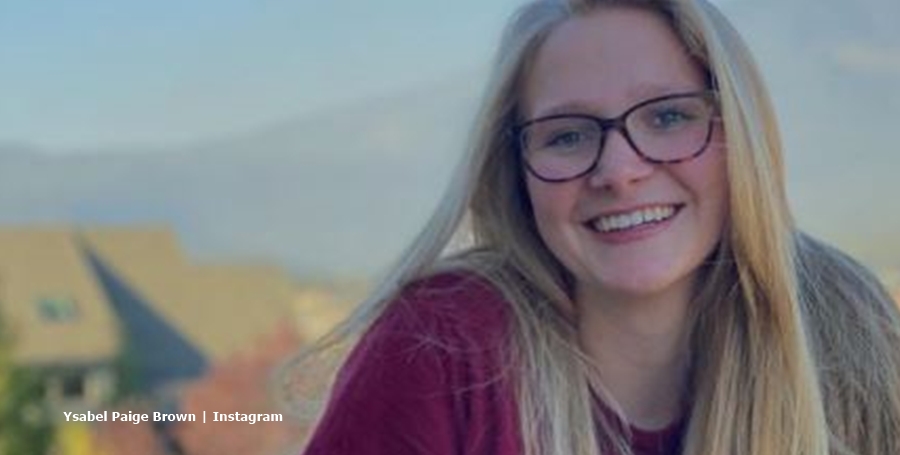 Sister Wives fans seldom hear much from Ysabel Brown. But when she does post on social media, she sounds like a really fun person. If you’re not sure, Ysabel, the daughter of Kody and Christine, suffered from scoliosis for a long time. So fans of TLC saw her undergo a torrid time with uncomfortable braces. But now she went for her surgery, she comes over as a sunny and relatable character.

After her surgery, and recovery time, Ysabel got herself up and dived back into the life of a 17-year-old. Doing the things teens do, she went off to Target for some retail therapy. And she picked up a book from the high school. Of course, fans of the show enjoyed that news. After all, they saw her weeping with frustration. At one stage, her mom strapped her into a special brace during the day. And then at night, she wore another one. And, she naturally felt that life was just too awful.

So, hopefully, her medical issues are resolved and she feels less discomfort and pain these days. After a long time, it looks like the Sister Wives daughter lets her naturally sunny personality shine. Any mom or teen can probably relate to Ysabel Brown’s latest Instagram post. She took to Instagram this week and shared about her instant regret for her bangs. Plus she teased her a fan lightly about looking for a job.

Regretful Ysabel talks about her bangs

Ysabel shared three photos of herself looking way cute in her jeans and sneakers. She captioned it with, “please drop some songs that you’ve been listening to:))).” Then she added, “i also got bangs but regret it deeply lol.” Well, plenty of fans sent her ideas and playlists. So, that should keep her going for a while. From inside the comments, fans found out that Ysabel really likes “Old school music, which always Includes Queen.”

Then when some suggested “The Killers – Imploding the mirage album,” Ysabel said it’s her “favorite band.” Then, someone asked Ysabel Brown for a”bangs tutorial” which made her smile. Next, one Sister Wives fan talked about bangs a bit more. They wrote, “Life is a continuous cycle of cutting bangs, regretting it, growing them out, seeing one cute pic of yourself with bangs and cutting them again, regret, grow, cycle.”

Teasing about a job

As the photos that Christine’s daughter shared revealed her in a yard with warehouses, one follower asked, “Why are you posing in a warehouse district?” Ysabel quipped back, saying, “hoping for a future job opportunity!”

Well, maybe. But it seems like she just joked around. In the yard stood several Knight Transportation trailers. Ysabel Brown’s family still hasn’t moved onto the new property at Coyote Pass as far as anyone knows. Maybe the Sister Wives family just looks into shifting stuff around.