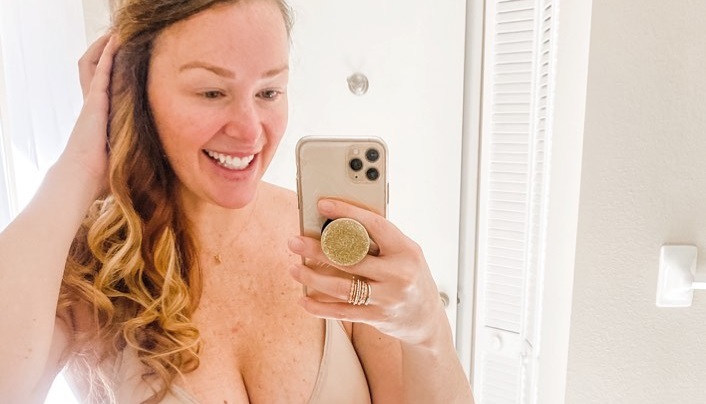 Married at First Sight and Bachelor fans wonder if Jamie Otis might be pregnant. In fact, speculations of her pregnancy have been swirling for a while now. According to her most recent Instagram post, she has had more than her fair share of people telling her to take a pregnancy test. So, she decided to appease the masses and do just that. It, however, turns out Married at First Sight and Bachelor fans were not alone in thinking Jamie Otis might be pregnant. Her husband Doug Hehner also believed his wife being pregnant would “make a lot of sense.”

Jamie Otis Pregnant: The TV personality takes Instagram with her

The captions on the video even made it more awkward by announcing she was currently peeing. Eventually the awkwardness ceases. And, we wait.

So, is she having another child?

Excitement mounts. It becomes clear Jamie Otis wants to be pregnant again. She loves the idea of carrying and having another baby. Moreover, she’d love to see little Hendrix become a big brother. Jamie Otis, however, makes it clear you usually know right away after taking a pregnancy test. Even though the box says to wait three minutes. A few seconds pass and the MAFS alum looks disappointed. It seems as though she and Doug Hehner are not expecting another child.

Experiencing mixed feelings… The not pregnant Jamie Otis is not sure why she is bothered by the news. She admits she just knew and felt in her heart that she was not with child. Yet, she was hopeful for the possibility. And this made her disappointed.

Her husband reacts to the news

After waiting a full three minutes to make sure she read the stick right, she takes it to her husband. She quickly informs him she is not with children. He doesn’t seem to be bothered by this news. She finds this surprising because he was so sure she was pregnant. He, however, seemed more concerned with touching the stick she just peed on. She quickly laughed and smiled at her husband’s reaction to the potential pee on the stick. Fans were happy he was able to lift her spirits so quickly.

So, did you think Jamie Otis might be pregnant? Share your thoughts with us in the comments.