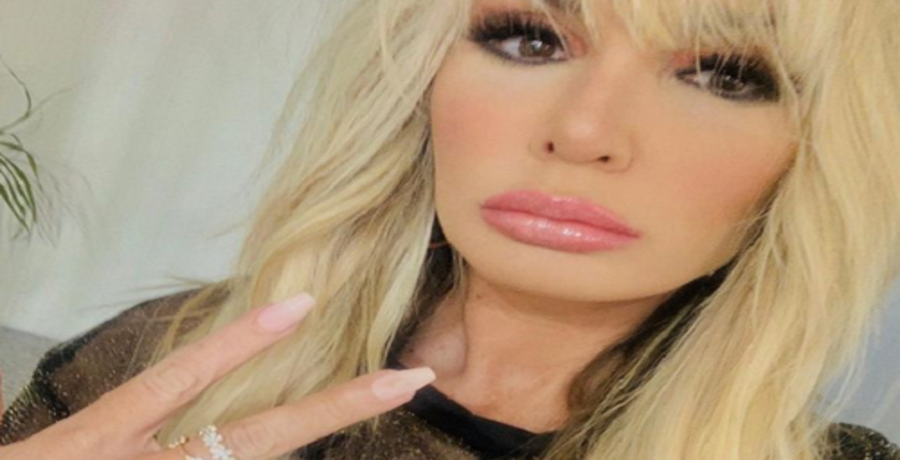 Kate Chastain returned to Below Deck Galley Talk. On the new Below Deck spinoff series, she discusses all the drama that goes down during Season 8. At first, the former chief stew “was a little nervous” to watch the new season. Kate announced her departure from the series in February 2020. So, is she having FOMO while watching it?

The Bravo star admits that she’s feeling some kind of FOMO. But there’s only one thing that she misses from working on a luxury superyacht and it’s not the cool cash. Kate Chastain misses being surrounded by the beautiful blue waters.

“I will admit, when I saw those turquoise, crystal clear Caribbean waters, I was like, ‘wow, I have not been there in so long,'” she revealed during an exclusive interview with Bravo Insider. “My last years on Below Deck, we were in Thailand and Tahiti – not to complain about that, but there’s something very specific about the Caribbean, and that really [is] what started out as the home of Below Deck.”

She’s enjoyed seeing them head back there to film. Kate admits that she wants to go back together. But that doesn’t mean she’s renewing her title of chief stew. The Bravo Chat Room co-host would much rather be a charter guest.

For now, Kate can watch the beautiful Caribbean waters as she watches the latest season with Season 3 alum Connie Arias on Below Deck Galley Talk. As TV Shows Ace reported, Kate has no plans on returning to the series itself. She talked about the pressures of filming the show, especially during Season 7.

Admit it. We all know who the real star of #GalleyTalk is…. pic.twitter.com/QMK410zxyB

She also previously revealed whether she missed being on the show. The television personality is clearly happier than ever. Kate gets to talk about all things Below Deck and pop culture, even if she’s not on the crystal-clear waters. She’s not looking to return to the yacht anytime soon.

Kate Chastain talks about her friendship with Connie Arias

The two ladies appeared during Season 3 of Below Deck. The new series has brought together many alums from the Below Deck and Below Deck Mediterranean franchise. Fans finally get a glimpse into Kate Chastain and Connie Arias’s longtime friendship. In the interview with Bravo Insider, Kate explained why she chose Connie to watch the current season with.

“A lot of people might not know this but we share the same birthday [January 2], her and I,” Kate said. “So, it’s very interesting that there are a lot of things that are so alike, but a lot of things that are not. We’re very yin and yang. But anytime I hang out with her, we always have a great time because she knew a lot about the deck life that I didn’t know, and I obviously know more about the interior part of Below Deck. So, she’s the perfect person to watch with.”

Your favorite former yachties are here to talk about #BelowDeck with the premiere of #GalleyTalk, premiering TONIGHT at 7/6c! pic.twitter.com/f86Sz1YezG

Kate and Connie’s friendship didn’t start with Below Deck Season 3. They knew each other since they came from the same town. Shortly after working together, they remained in contact. Thankfully, watching this season of Below Deck has been much more pleasant than she originally anticipated. Kate wasn’t sure how she was going to feel watching it.

“It’s so wonderful to watch as a viewer from my couch with my dog while drinking wine. At first, I was a little nervous, like, am I going to like this? Am I going to be like, ‘Hey, I should be there, and this should be happening, see that’s the way I would do it?'” Kate continued. “But, no, it’s just really liberating to be like, ‘Oh, I’m not there wearing that uniform right now.’ I can see why people like watching. It’s a good show.”

‘7 Little Johnstons’ Sneak Peak! Why Are Elizabeth’s Friends Giving Her New Beau the Third Degree?
Audrey Roloff Has Something To Say About The Covid-19 Vaccine
‘General Hospital’ Drama-Filled Early Spoilers For Next 2 Weeks
What Has ’90 Day Fiance’ Alum Deavan Clegg Done To Herself That She Looks Unrecognizable?
Audrey Roloff Remembers 11 Years With Jeremy