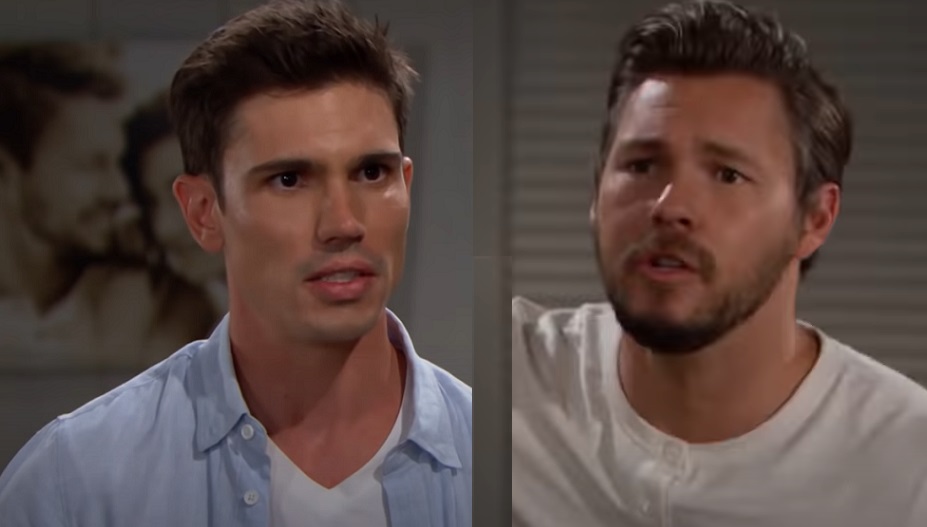 Bold and the Beautiful finally tosses someone in the ring with Liam who will do more than lecture the lad and that person is Finn. It looks like Finn (Tanner Novlan) has Liam Spencer’s (Scott Clifton) number. He doesn’t believe that Liam slept with Steffy Forrester (Jacqueline MacInnes Wood) only because he was scorned by what he thought he saw.

Bold and the Beautiful spoilers suggest there was a part of Liam that wanted to mark his territory. By doing so, he let Finn know he still has a hold on Steffy. It looks like Finn is about to return the favor to Liam by rearranging the boundaries of that territory complete with a huge no trespassing warning.

When Liam thought he saw Thomas Forrester (Matthew Atkinson) kissing his wife Hope Logan (Annika Noelle), he didn’t confront them. Instead, Liam bolted without Thomas even knowing he was there. This doesn’t sit well with Finn. If he was in Liam’s place, Finn would have made his presence very clear. So the doctor can’t wrap his head around the fact that Liam didn’t confront Thomas. 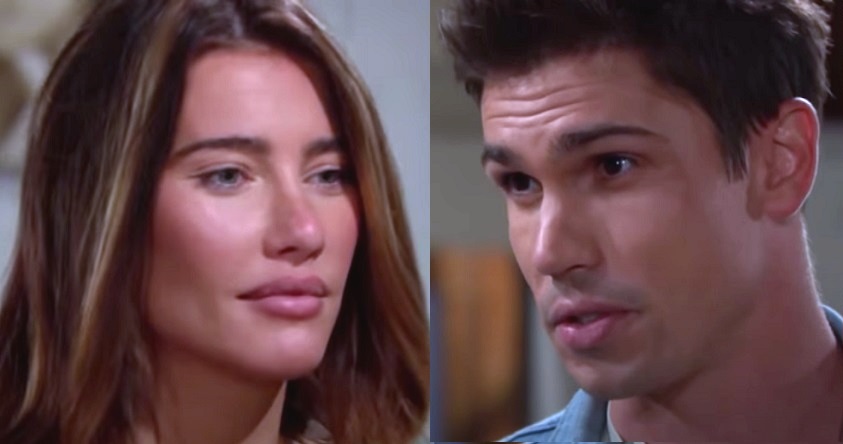 Finn gets that Liam comes along with Steffy at some level. He is the father of her daughter. But he doesn’t get the amount of time this Bold and the Beautiful Romeo spends with Steffy. He’s already let Liam know his stand on this.

B&B Spoilers – The Picture On The Wall

Bold and the Beautiful already dropped a few hints over the last few episodes about that photo at Steffy’s house. Liam and Steffy appear in a romantic embrace in that life-size portrait blaring down at anyone who enters Steffy’s house. While it probably should have come down out of respect for Hope long ago, it still hangs there like a tribute to their undying love.

Finn’s mentioned that photo a few times already in the last few weeks. But he wasn’t paying it a compliment. He basically told Steffy he’s not thrilled with Liam looking down on him as he and Steffy plan a future together. Bold and the Beautiful spoilers suggest that the photo is not long for this world.

From what the B&B spoilers hint at, it sounds as if Liam ends up wearing that photo like an oversized collar. It sounds as if his head goes right through it with a little help from Finn. But first Liam and Finn do battle, the spoilers indicate this time around, the waffling lover may have met his match.

Bold and the Beautiful Spoilers: The Good Doctor Puts Steffy Forrester On The Spot

It looks like a showdown may bring on the fists between Finn and Liam. The latest Bold and the Beautiful spoilers hint at a blow out between Liam and Finn with that picture coming off the wall and Liam wearing it.

Finn wants to know where he stands with Steffy. B&B spoilers indicate he comes right out and asks her next week what she hopes the paternity test will show. Does she want this baby to belong to him or Liam? It sounds like there’s a bit of hesitation on Steffy’s part when answering that question.

While Finn puts Steffy on a spot for an honest answer, this is not the only tough question to make its way to her. Bold and the Beautiful spoilers hint at Hope having a showdown with Steffy. She wants to know why Steffy didn’t turn Liam away that night. Both Finn and Hope don’t take the explanation that she just got caught up in the moment.

It looks like this latest B&B cheating scandal just got its wings. As the news spreads across the families, more questions surface for both Steffy and Liam next week.