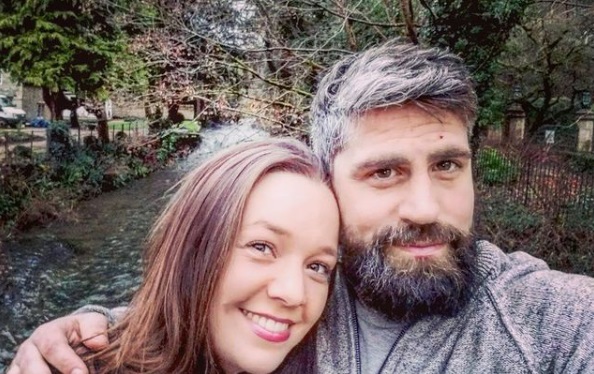 90 Day Fiancé couple, Rachel and Jon Walters surprised their fans with a picture of the newest addition to their family who is sound asleep. She wrapped the little guy up in a baby blanket with a stuffed animal as he snoozes away. While this new family member is adorable, they haven’t found a name for him yet. So, Rachel Walters asks for some help from the fans for ideas. By the way, this new addition is not a baby but the sweetest looking puppy to come down the 90 Day Fiancé grapevine.

If anyone was ever put to the test of a long-distance love affair, it’s these two 90 Day Fiancé celebs. But somehow they’ve made it work. Jon Walters seems to love Rachel more today than the day he married his American bride. Rachel still adores her bearded bloke from across the pond as well. 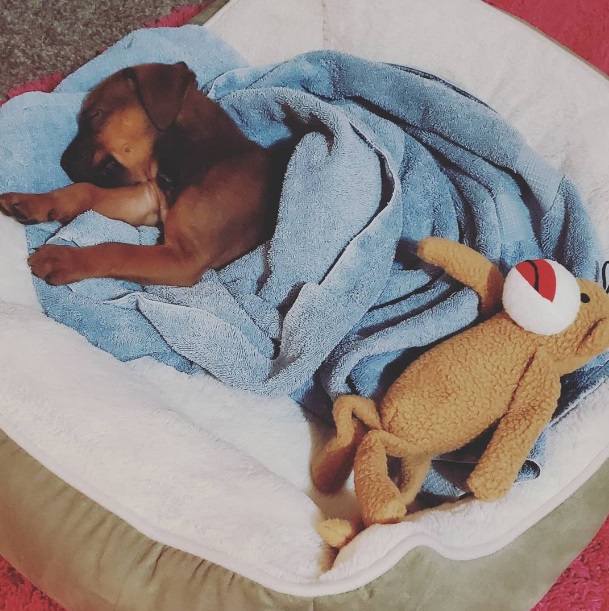 Fans of the 90 Day Fiancé series remember when Rachel landed in the UK to meet Jon Walters in person for the first time. She had her baby Lucy with her and as soon as Jon came into sight, the love affair became three dimensional.  Jon became an instant dad to Lucy and it’s easy to see today that the father-daughter bond grew even stronger.

This couple is considered the real deal by 90 Day Fiancé fans. These two didn’t come to the TLC with a hidden agenda like some of the other couples seemed to do.

Are Rachel Walters and Jon Walters Still Separated by the Atlantic Ocean?

Rachel and Jon are still on opposites sides of the Atlantic but they’ve made strides in the process of getting him over to the US. Money was a big factor for this 90 Day Fiancé couple. Rachel needed to show proof she could support him once he got here as his sponsor. She lost her job so things looked bleak. But she finally landed a job at home and the money is great she reports.

Once she could prove support wouldn’t be a problem, the next thing to happen was the visa paperwork and then an interview with Jon. Because the pandemic hit, Rachel was told to expect a delay in the process. But Rachel was happy to report that wasn’t the case. While they still wait, it doesn’t appear as if this goes on much longer. 90 Day Fiancé fans are anxious for the next update.

Look at the pic above and check out how little Lucy grew so fast since last seeing her on 90 Day Fiancé.

So what else could Rachel do to add to this happy family? Well, that’s a dog. It seems this puppy is so new that they haven’t named it yet.  So, Rachel hopped on Instagram to ask the fans for some ideas of what to call this little guy.

This family is happy and anxiously waiting for the future when Jon can join Rachel at her New Mexico home. But they did go through some tough times especially with the fans. Recently Jon revealed how fans surprised him as it seems they softened up when it came to him. He got a lot of bashing during his 90 Day Fiancé episodes. But today it looks like Jon and Rachel are getting more good wishes than ever before.

Do you think Jon and Rachel have much longer before they’re reunited? Let us know in the comment section below. Come back to TV Shows Ace for more news about your favorite TLC stars.