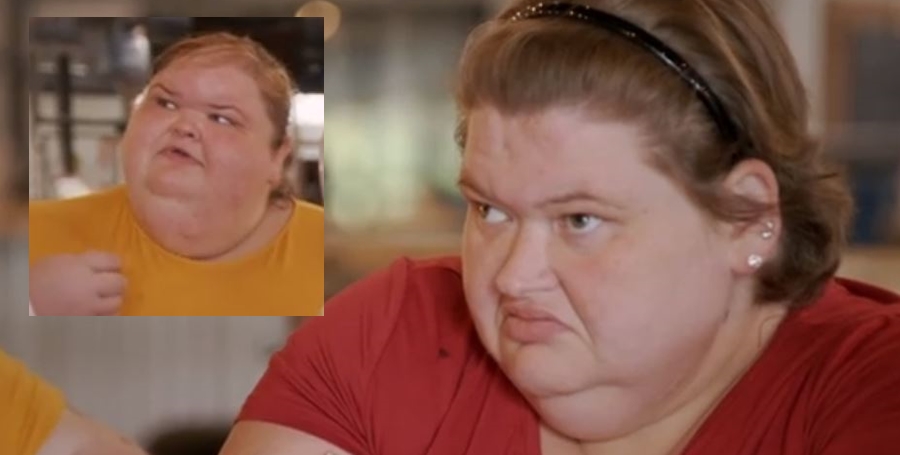 1000-LB Sisters Season 2 premiered on January 4 on TLC, but where else can you watch the show? If you never saw it before, it revolves around sisters and Tammy and Amy who jointly weigh about the same as a car.

In Season 1, fans watched as Tammy and Amy Slaton tried to lose weight for their gastric surgery. In Season 2, they see Tammy regained her weight. And, Amy now expects a baby. But, some fans can’t watch it on TLCme. So, are there other options?

1000-LB Sisters where fans can watch the show

If you missed it so far, when the show premiered for Season 2, many fans reacted with shock. Tammy, in poor health from obesity actually gained weight. And, the doctor said that she might very well die inside of five years. Fans slammed her as she blames everyone else for her condition. She seems terrible jealous that her sister Amy fell pregnant and moves house to accommodate the baby. Fans also see the doctor and the family upset with Amy. The medical professional told her to wait two years after gastric surgery before becoming pregnant.

In fact, she became pregnant within five months. So now, she struggles with her health as she gains more weight with the pregnancy. We reported that Amy suffered from constipation so she went off the see the doctor. It turned out she was pregnant. When she told Tammy the news, her sister hoped the 1000-LB Sisters doctor lied about it. While she professed concern for Amy’s health, some people think she just hated the idea of moving and becoming more independent.

Many people wonder if they don’t have the TLCme app, where they can tune in and watch.

Tammy and Amy – where to watch them

The Cinemaholic wrote an article that helpfully lets people know the various alternatives for watching the show. First, let’s take look at where you can’t watch the TLC show. HULU regular subscribers cant watch it there. Neither can you watch it on Netflix. Nevertheless, plenty of other options exist.

Cable TV subscribers find it on TLC’s channel. Or, you’ll find it on Amazon Prime with paid options. But, even without Cable, various other option exists. The outlet talks about Live-streaming the episodes “on your computer, phone, Roku, Fire TV, Apple TV, or other streaming devices through subscription services such as DirecTV, FuboTV, PhiloTV, YouTube TV, and Sling TV.”

Additionally, viewers of 1000-LB Sisters may now watch the show via Discovery Plus. However, none of those bring free options. Nevertheless, some of them offer a free trial for short time.

Still, stuck? Try and watch all the teasers and sneak peeks on TLC’s Instagram. That option often brings enough info to at least grasp the overall storyline of the TLC show.

‘Arthur’ Fans Grieve Over News Of Long-Running Show’s End
Todd Chrisley Reveals His Vision Is Now A Reality
Amy King Teases That Jill Duggar May Be Working On A Tell-All Book
‘Love Island USA’: Flo Wants To Be The Only Girl On Will’s Lips
‘RHOBH’ Queen Bee Kyle Richards Runs From Hive Of Bees (VIDEO)