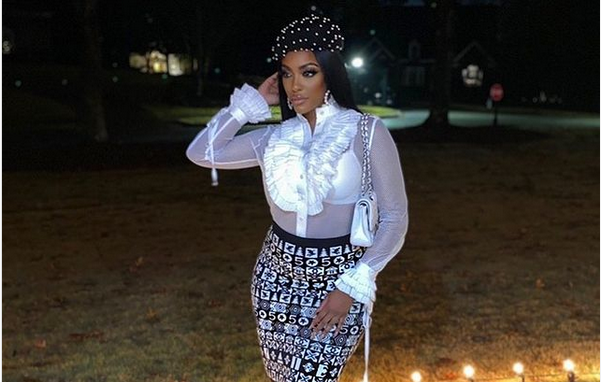 During Sunday’s episode of The Real Housewives of Atlanta, Porsha Williams sat down with her family to open up about growing up without a father at home. The reality star is in the middle of writing her self-titled book Pursuit To Porsha. After the episode aired, some trolls began talking about her parent’s relationship and throwing shady comments at her sister, Lauren. However, Porsha Williams responds to fans attacking her family over emotional scene which is so rare for her to engage fans.

The 41-year- old star posted a twelve-minute video on Instagram with a new pixie look. She defended her family and told fans to respect them. “You trolls are getting on my nerves cause it affects the people that I love!” As she drove, she continued. “You people that are trying to bring negativity and division into my family, you can kiss my a** Don’t play that Don’t come for my family.” She revealed she had an idea about who was behind the fake pages coming after Miss Diane and Lauren.

The scene that caused all this was when Porsha sat down with her sister and mother to decide what they would include in her book. Porsha rarely addresses the trolls online, but this time they had gone too far.

They had gone to Lauren’s page to insinuate that her mother was the ‘side chick’ “We have gotten pretty used to being transparent. So Housewives is like we want to film you guys having one of those transparent family conversations. So we did!” Porsha has been on The Real Housewives of Atlanta for close to 9 years.

One of the hate comments were, “ if anything, I could see her mom being the side and not the other way around.” 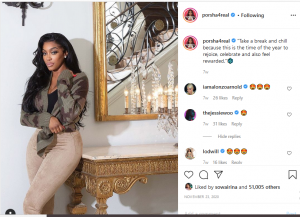 Fans of the show shared their thoughts under her video post. “I’m glad you addressed that crap because it was ridiculous for people to be assuming and implying negativity. It’s like WTF is wrong with people!” “Porsha, you can’t worry about ignorant people who don’t know NOTHING about you and your family. It’s gonna always be haters”  Some of them were happy to learn Lauren and Porsha were half-sisters but had such a loving relationship.

The beautiful women have their podcast where they bare it all on family matters and everyday struggles. The popular show is known as Porsha4real. She praised it as being one of the most authentic family podcast similar to Red Table Talk.

The mother of one was on her way to a dance class when she recorded the video. She spilled about needing to do something about her weight. “I can’t breathe when I get up steps..people say I still look nice and all…It’s just a lot of Porsha to love. In 2021 I could do a little less with the body of Porsha” Despite the pandemic, the RHOA star is set on her fitness goals.