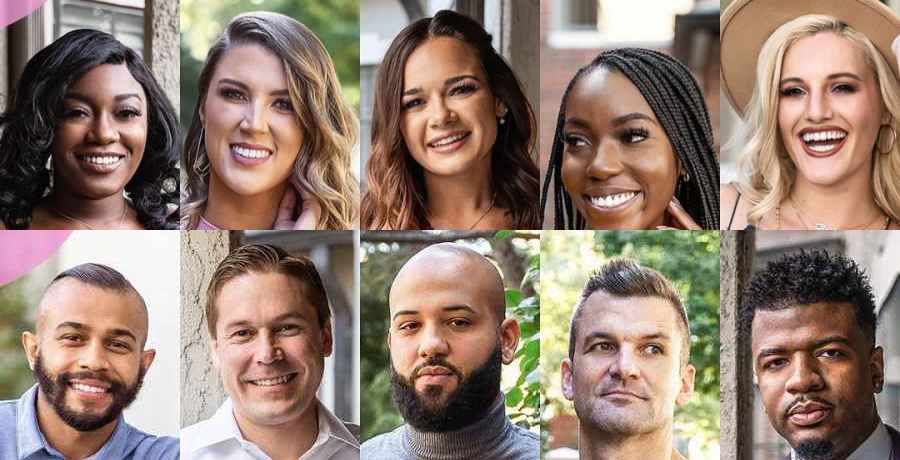 January 13, 2021 features the premiere of Season 12 of Married at First Sight on Lifetime. It is set to introduce new and diverse singles tying the knot, in what is dubbed the most diverse, romantic and surprising season yet. If you have three hours to spare, tune in to meet these new couples during Episode 1.

The latest season of Married at First Sight will introduce fans to ten singles that are looking for love. They will meet their new spouse at the altar for the first time, to enter a legally binding marriage.

Looking at the singles, pictured at the top of this article, we meet Eric. He has been married before but is still looking for the perfect partner in life. Similarly, Clara has recently left a failed relationship. While hurt, she doesn’t want to waste any time on dating and simply wants to tie the knot.

Next, we have Ryan, considered to be the perfect husband material as he has always been ready for marriage. Jacob is in a similar frame of mind and has had enough of dating and wants to settle down. Meanwhile, Haley owns a dog and has a strong network of friends. She is likely looking for someone who also hearts canines.

Paige is looking forward to a successful married life and aims to break the generational curse in her family. Chris was raised by pastors and has faith that religion will find him the perfect wife. Last, but not least, Briana is ready to discover her soul mate, while Vincent, who recently suffered a break-up, is looking for his “happily ever after.”

Season 12’s cast including one groom who is about to turn 40 and another who has just gone through a divorce. This will bring in varied insights into coming episodes and high-stakes romantic journeys.

As the couples say their final vows, some marriages survive, while others struggle. Every two-hour episode shows us the struggles the couples go through from their wedding to their honeymoon and onwards. Right at the end of the season, the couples have to decide whether to stay together or part ways.

Tonight’s episode of Marriage at First Sight is titled Countdown to Meltdown. Lifetime has released an official synopsis. It reads, “Ten singles get ready for the day they’ll meet their mystery spouses at the altar; one bride falls apart when a gift from her husband takes her by surprise.”

What we found out about Married at First Sight

Instagram user @mafsfan shared some snippets from the 25+ page contract each participant has to sign. Have ever wondered whether it is financially viable to join the show?  It turns out each successful participant is paid a stipend of $1,000 per original episode in which they appear. This is not exactly the best way to get rich on TV!

If you hope for privacy after starring on the show, basically don’t. That isn’t happening. The show’s producer “shall have the exclusive right to use, broadcast, exhibit, distribute, advertise or otherwise exploit the Materials…” In fact, they can exploit it “throughout the universe, in perpetuity, at any time.” “Throughout the universe really covers everything, doesn’t it?” As viewers know, participants often reveal information of a “personal, private, surprising, defamatory, disparaging, embarrassing or unfavorable nature.” This information can be factual or fiction and could expose the participant to “public ridicule, humiliation or condemnation.” It could also portray them in a false light. This is not exactly encouraging to anyone of a sensitive nature! Get ready to meet the new couples on Season 12 of Married at First Sight on January 13 at 8 pm ET on Lifetime.