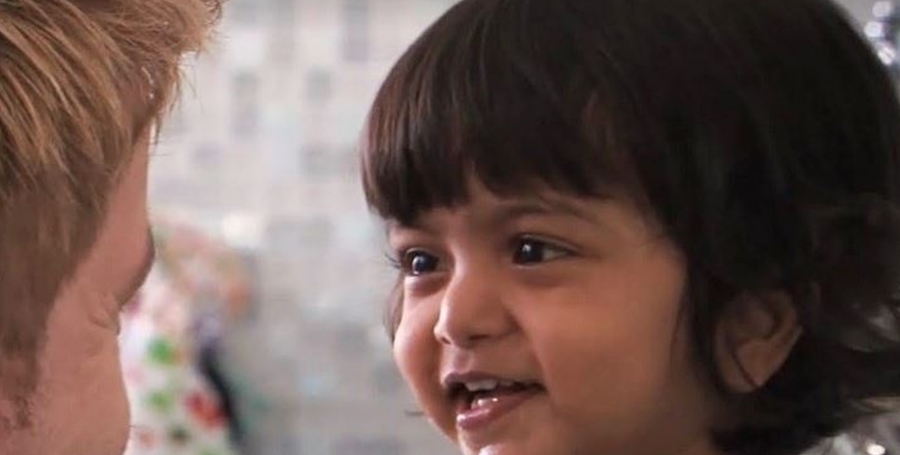 The Little Couple fans watched Bill Klein and Dr. Jen Arnold’s adorable kids Will and Zoey grow up on the screen. Over the years, they saw the shy and timid Zoey find her own strong personality. And, she really took to learning all about her Indian culture. Let’s take a look at Zoey as she grew up through the years.

As TLC fans know, Zoey came from Mumbai, India. Just two years old at the time, the poor little mite seemed terrified of Jen Arnold and her husband Bill Klein. She even shrank away from toddler Will. Although the adoption took over a year to go through, they never actually hunted around for an Indian child. But, when they heard about her needing a home… Jen and Bill never even hesitated.

Fans see a well-adjusted and happy young girl now. But, it wasn’t always like that. In fact, we reported that Zoey Klein only started accepting Jen when The Little Couple mom stayed home after cancer treatment. In December 2019, when Zoey spent time baking Christmas cookies with her grandmother, we noted that there was a time when Jen and Bill wondered if she’d ever accept her new family after her adoption from India.

Recall those first clips of her when Zoey felt terrified of Bill? Take a look below to refresh your memory.

Zoey hopes to follow Jen into the medical field

About 19 million years away from her life if she reminded in India, Zoey now holds some high ambitions. The List reported that nowadays, the “little girl is thriving and may even want to follow in her mother’s footsteps and become a neonatologist someday.” Dr. Jen proudly shared that news on Instagram. Of course, she might change her mind as she only recently turned nine years old. She absolutely loved the Dr. Seuss books that Bill and Jen gave her.

By the time she turned three years old. Zoey seemed a bit more at ease. Actually, Popdust.com reminds readers that Bill Klien was about to go for back surgery. But just before her birthday, he allowed Will and Zoey to climb all over him. So, she looked a bit more settled. And, The Little Couple mom went all out with yummy sweet treats. You can see the comparison photos of Zoey over the years below.

Zoey’s adoption day is celebrated every year. And, now, she’s a bit older, Zoey Klein participates eagerly. The family calls it the “Gotcha Day.” And The Little Couple, mom said that when she looks back at the day they adopted Zoey, it still makes her “cry.” 2020 marked the seventh year since Zoey became a part of the TLC family. And, the difference between the scared little girl and today’s confident Zoey seems amazing.

Do you love this family as much as we do? Share your thoughts with us in the comments down below.