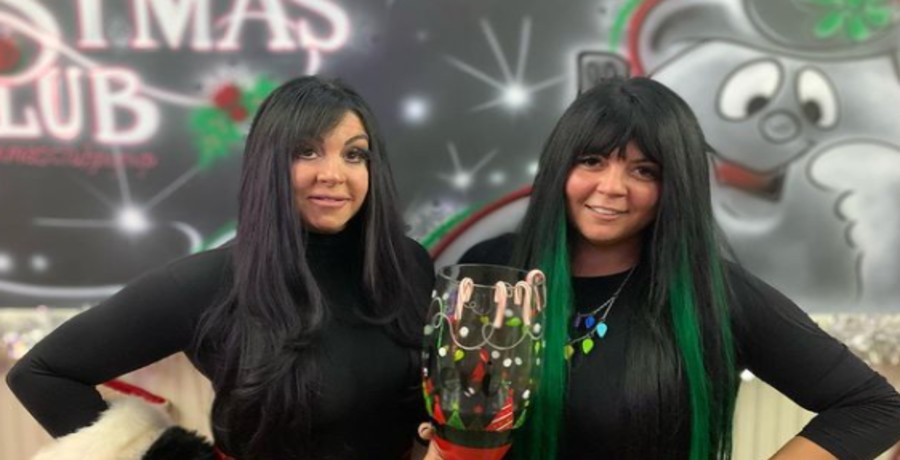 Jen Martone of Unpolished is at it again on her daughter Lexi Martone’s TikTok. Lexi captioned the post, “dating advice from Jen Martone.” Jen has already tried to open boxes with her boots and locked herself in the dumpster. There’s no telling what she’s going to do next.

The first video fans saw on Lexi’s TikTok of Jen had her throwing garbage over the balcony instead of walking down the stairs. Foxy Grandma also makes appearances on Lexi’s TikTok being her hilarious self.

Jen seemed passionate signaling something clearly had her agitated about online dating. A very animated Jen wearing a corset bottom white skirt and a black shirt with fuzzy puffs on the sleeves gives some dating advice. She’s standing in the middle of the salon clapping to enunciate each word.

She said keep it in your pants. Zip it up. Don’t send the picture.” She said, “I don’t say hi I’m Jen Martone, he’s my lady bits.” Everyone agreed that’s not something that’s done. Jen concluded her rant with, “no we don’t do that!” 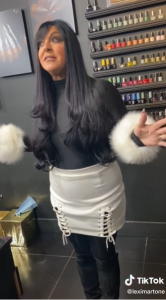 Fans loved the advice. One said, “she should start a little series called, “life advice with Jen Martone.” Another said, “LMAO! Yes mama tell them! Say it louder for the ones in the back.” A poster said, “I love your mom. Your show lifts my spirits.” Many other fans expressed their love for Jen and Foxy. They also offered condolences for their loss of Big Mike.

One fan said she lost her father to cancer and wanted to know how Lexi would feel if her mom started dating. Lexi hasn’t responded to that fan yet. She did respond to one who said Jen was hilarious with, “she’s nuts.” Lexi ended the video of Jen with, “and there you have it.”

Jen is very active on Twitter. Several fans voiced their opinions about Bria’s actions on the season premiere. They said Bria is spoiled, among other things. However, Jen doesn’t see it that way. She responded to each of them with similar messages. She said. “Far from it ~ my Bria is following a dream~ she is the most selfless person I know~ she always puts everyone before herself~ She’s been through so much her and Matthew they deserve the most amazing wedding.”

She also responds to fans, because she thanks them for their support. Unpolished is airing on Tuesday nights on TLC. What do you think of Jen’s dating advice? Comment with your thoughts below.