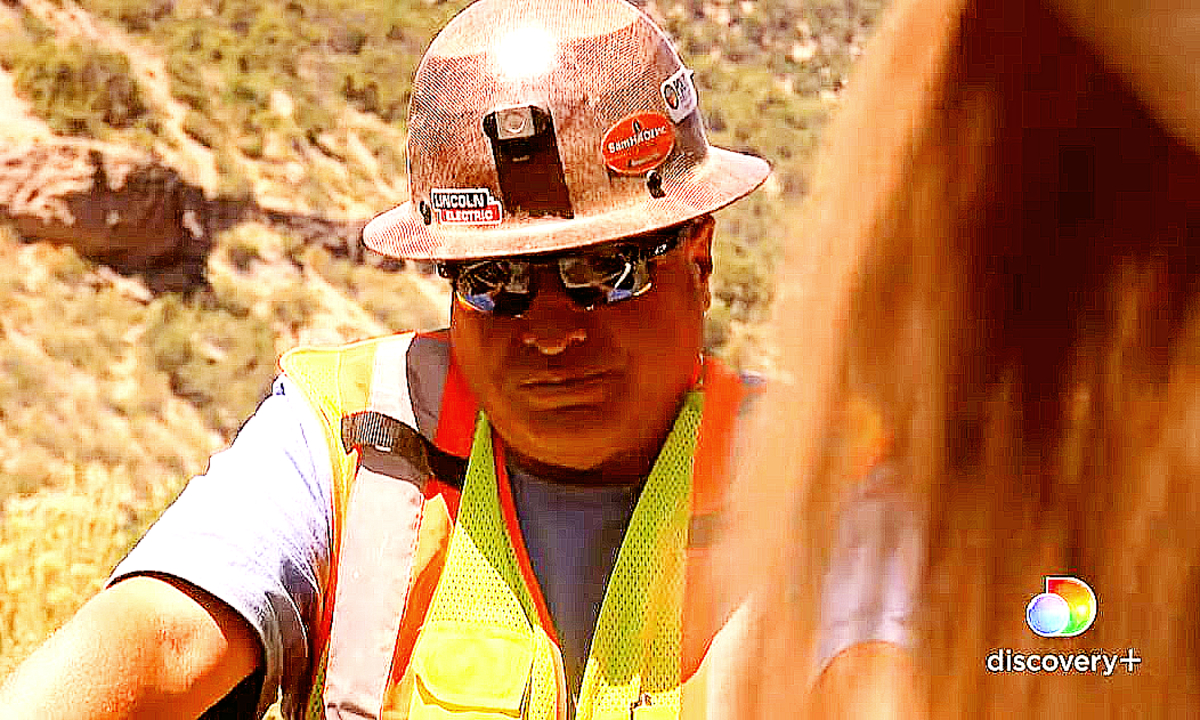 On the next Gold Rush: Freddy Dodge’s Mine Rescue airing on Discovery (the entire series is streaming on discovery+) those who have not had a chance to see what a great spin-off the series is are going to be in for a lucky break.

Discovery will run an episode of discovery+ breakout hit Gold Rush: Freddy Dodge’s Mine Rescue, where Juan Ibarra and Freddy Dodge team up and help novice and struggling miners with underperforming mines.

The show is a heartwarming and interesting look at how simple fixes and kindness by lending a hand in the mining business is as valuable a commodity as the actual gold can be. Dodge wants to see people succeed and does not gouge them in fees or costs.

His partner is Juan Ibarra, who the Gold Rush family already know and love. Ibarra and Dodge are fixers, engineering and mechanical geniuses who take on troublesome plants and rejig and remake the parts so gold isn’t lost in the tailings and the stream of water and sluicing run smoothly.

When the two men put their heads together to fix issues, nine times out of ten they get to the heart of the problem, saving the livelihoods of the miners who asked for their help.

The clip below shows how Freddy and Juan are working with some miners trying to see if they can sort the flow of water and make sure the trommel and the sluice box are not jammed up with rocks, gravel and debris.

They run  the dirt as the skip load is dumped into the hopper and the magic begins.  In this clip immediately Freddy and Juan sense a problem and the entire operation has to shut down so they can think through the problem.

Freddy is a native Colorado son whose family is also in the mining world, though he prefers not to discuss his family, fans already know he came to his nephew Kendall’s aid while he was working with novice miner Fred Lewis on the mothership Gold Rush series this year.

Many fans know Freddy’s long history with Gold Rush and how he has saved miner Todd Hoffman’s bacon more than once. Hoffman is no longer with the series. The men go way back and Dodge has also been called up by miner Rick Ness and even Parker Schnabel who got Big Red from Dodge years ago.

Tune in to see how the two work things out for Larry and his fellow miners.

Gold Rush: Freddy Dodge’s Mine Rescue is airing at 9 PM ET/PT on Discovery this Friday, and streaming on discovery+