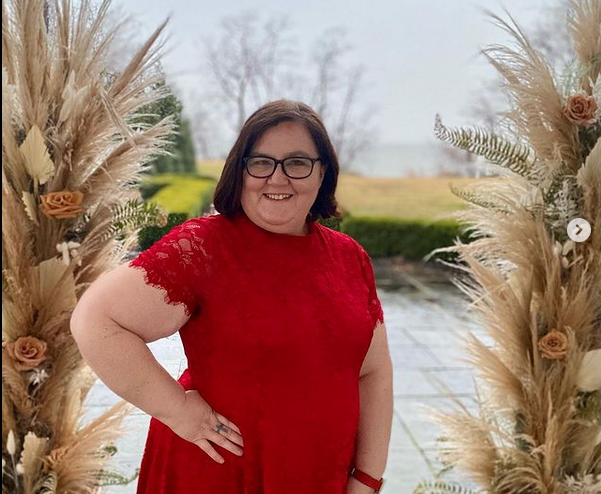 Former star, Danielle Jbali, shared a photo of a letter that announced she received her Associate of Science Degree last year. Since her divorce from ex-husband Mohammed Jbali in 2017, a lot has changed for the Ohio native. Danielle is actively pursuing her dream of becoming a nurse.

The photo Danielle posted showed she had completed all degree requirements for her diploma the previous year. She wrote under the post. “I earned my Associate of Science degree as of December 2020. Feeling proud, the next step is finishing nursing school.”

The reality star attended a nursing school in Ohio to begin her career as a registered nurse. According to the email dated 23rd of December, she will receive her diploma in the mail by February or earlier.

When we first met Daniell Jbali, she was in a relationship with Mohammed Jbali. The Tunisian-born man appeared on the earlier seasons of 90 Day Fiance and 90 Day Fiance: Happily Ever After. Their relationship had its ups and downs, which led to their separation.

Danielle had found Mohammed texting other women, and she threatened to have him deported several times. After this, they went through a long and nasty divorce. It lasted three years. According to ScreenRant, Mohammed is now living in Miami with his new girlfriend. 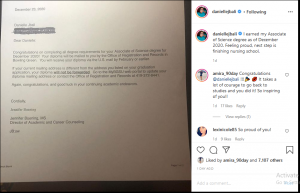 Fans who keep up with the reality star flooded her with praise. “Congrats Danielle! I remember this feeling! Nursing school is no joke, but you did it!” Another wrote, “Huge congratulations. So much hard work has paid off”. Danielle reposted fellow 90 Day Fiance star Amira Lollysa on her story. She wrote, “Shoutout to my friend @daniellejbali for graduating. It takes a lot of courage to go back to studying…She is an example of how strong women are!”

When she isn’t studying, the former TLC star shares her weight loss journey with over two hundred thousand Instagram followers. In one of her recent posts, she is partnering with Boombod. She praises the weight loss product for a cut in her cravings and keeping her motivated.

It was evident the 47-year-old still uses her ex-husband’s name as her letter read Danielle Jbali instead of Mullins. One fan asked under her post, “If he was toxic why on earth did you keep his name?” Danielle replied to her saying. “When you are angry in the heat of the moment you do things you would not mean to say. Plus you have only seen a little of our lives. We are in good terms and he is one of the biggest supports in my life”.

The two its seems still keep in touch. Old episodes of their time on the 90 Day reality show began airing this year on discovery+.