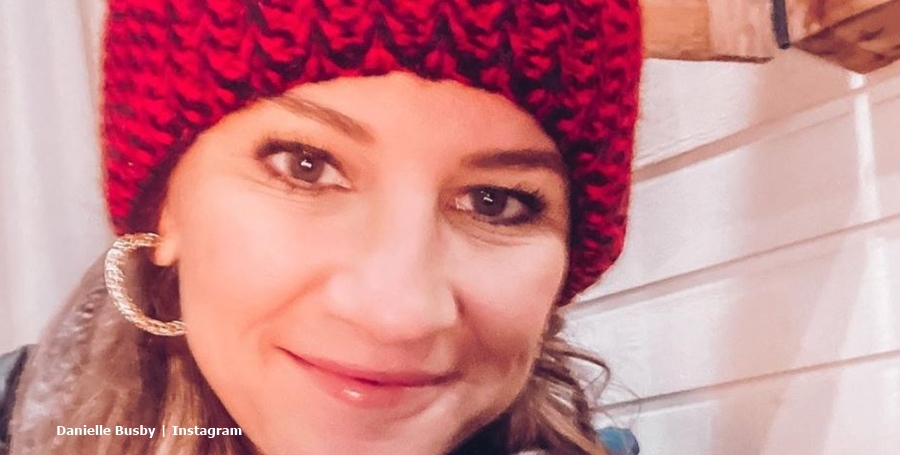 Danielle Busby went for more tests recently for her unknown ailment. Recall she experienced some uncomfortable sensations in her legs and arms. For a while now, she underwent a lot of visits to specialists. Recently she felt very nervous about an invasive test and hoped to avoid surgery. Since then, the TLC star updated fans about yet another test. And, it may indicate the way doctors think right now.

Danielle Busby updates about her latest test by medical professionals

We reported that Danielle felt terribly nervous about her last test. It involved a stay in the hospital. And, she feared she might even need surgery. Luckily, it never came to that. So, probably, whatever doctors suspected then, got ruled out.

But, it’s not over yet. In fact, since early reports that she suffered from some sort of health concern, the OutDaughtered parents told fans she sees a lot of specialists. For now, it all remains uncertain what is actually wrong.

Nevertheless, Danielle Busby bravely carries on with her day-to-day life. Mind you, she said that she plans on relaxing a bit more and taking things a bit slower. And, she promised updates as time goes by. Meanwhile, we reported that Adam asked for privacy and respect while his wife undergoes her tests. And he implied they would update what they felt they could share. However, it’s clear that the latest test reveals doctors look at a new angle as they did a “nerve study.”

Danielle shared about the nerve test

Taking to her Instagram Stories on January 12, Danielle shared that she visited a “Neurologist.” Well, what did they test? In the next slide that she shared, Danielle mentioned that she underwent an “interesting test.” And she mentioned it was a “nerve study” that left her with “bandaids everywhere.” Well. they do use bandaids when they take small skin samples and perform an Epidermal Nerve Fiber Density (ENFD) test, according to ipsumdiagnostics.com.

According to their website, potentially, they look for Small Fiber Neuropathy. And that can indicate “impaired glucose metabolism (i.e. early or pre-diabetic state).” Or, it might come up with no real known origin.

Hopkin’s Medicine notes that the symptoms that might cause a nerve study include “unusual sensations such as pins-and-needles, pricks, tingling, and numbness.” Or, people might feel “burning pain or coldness” and other brief painful sensations. 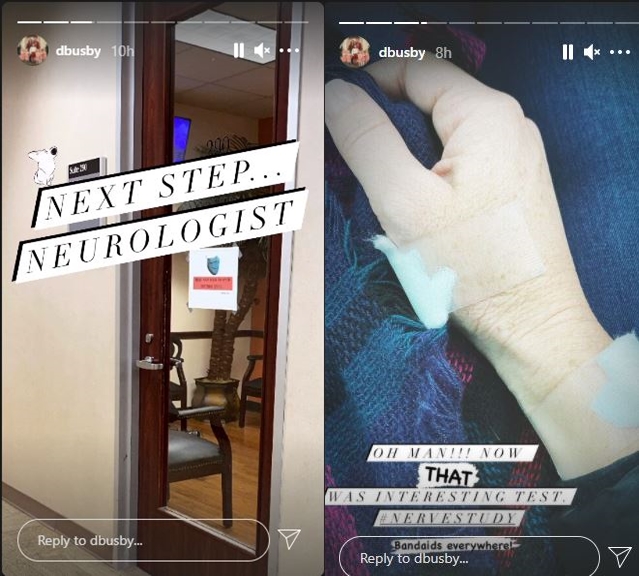 Often these start in the feet and might also occur in the hands. And that sounds a bit like what Danielle Busby first complained of. Hopefully, if that was the test Danielle underwent, they soon find an answer. It looks like the condition, depending on the origin is treatable. And, the site notes that Small Fiber Neuropathy doesn’t affect balance or anything serious like that.

Here’s hoping Danielle Busby gets the answers she wants about her health soon enough.