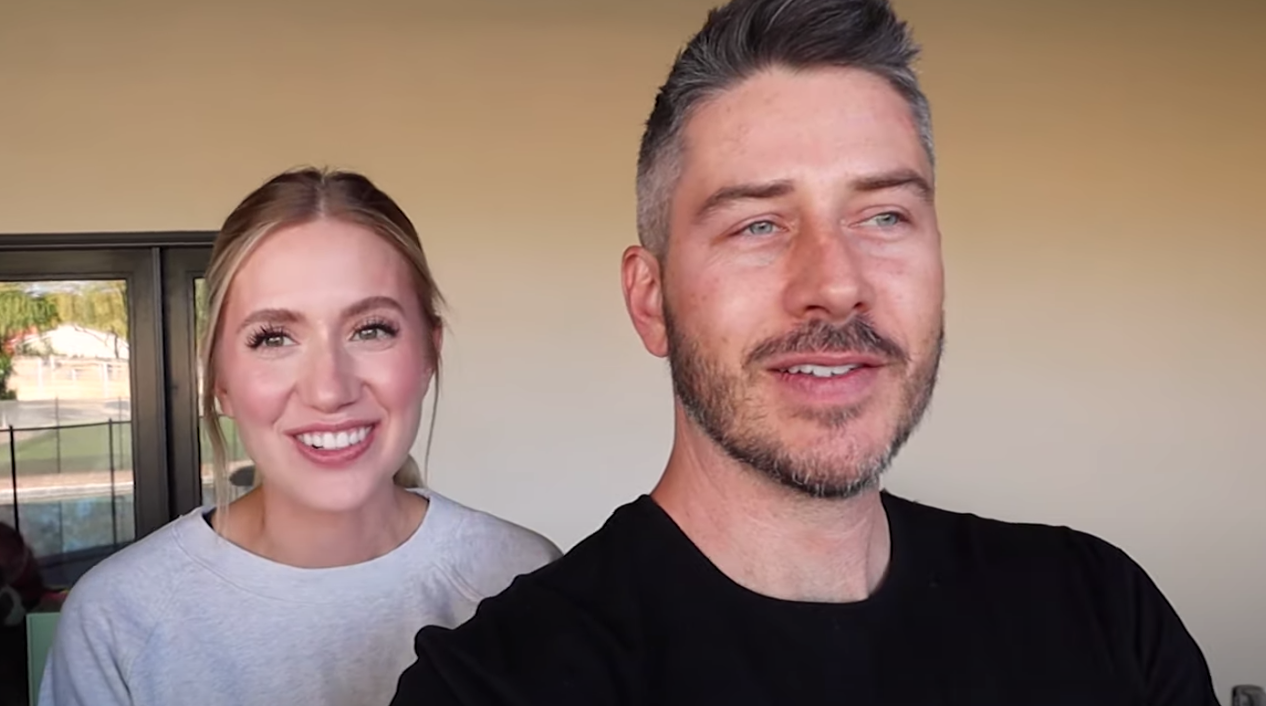 Arie Luyendyk Jr. and Lauren Burnham had quite the scare. They had a home birth. However, not to worry, the twins that Lauren is carrying are totally fine. Instead, the pregnant dog they are fostering gave birth on her first day at their house.

Just last year, Arie and Lauren lost their dog. A year later, they are ready for a new dog. However, they aren’t quite ready for the commitment since they are expecting twins in the next four or five months. The former Bachelor couple has signed up to foster dogs. Now, they are fostering a pregnant dog.

The couple posted a new Youtube video of their whole journey. Everything starts out well as Lauren brings the puppy home. The whole family instantly falls in love with her. They give her a bath and even notice that the dog and Lauren match since they are both pregnant.

“We are going to be best friends,” Lauren says while waddling after the pregnant pooch.

However, the excitement ends there. Right after her bath the dog goes into labor.

“So we literally just brought her home and I think she’s going into labor,” Lauren exclaims as they put the dog into a pre-setup bed.

“I mean not fifteen minutes she’s been in the house,” Arie adds.

After that, some rather graphic material is shared where viewers can clearly see the dog giving birth to her first puppy. It seems that everyone was anxious at first. However, after phone calls and Youtube videos, they became pros at helping the pup give birth.

“We were worried for a second there but I think we’re good. So far, there’s three,” Arie says, showing the little puppies nursing.

Honestly, despite the stress, the puppies are super cute. However, she didn’t stop at just three! She actually ends up having five puppies in a span of five hours.

“She just had her fifth baby and we think that’s the last,” Arie says. “It’s been how many hours? Five hours.”

This puppy prep looks like a lot of work, but may be good practice for them. After all, they are going from having one baby to having three! That’s probably going to cause some stress at first. Of course, they are great parents so they will catch on quickly.

Are you excited for Lauren and Arie’s new puppies and human babies? Let us know in the comments below. Come back to TV Shows Ace for more news on your favorite Bachelor Nation stars.