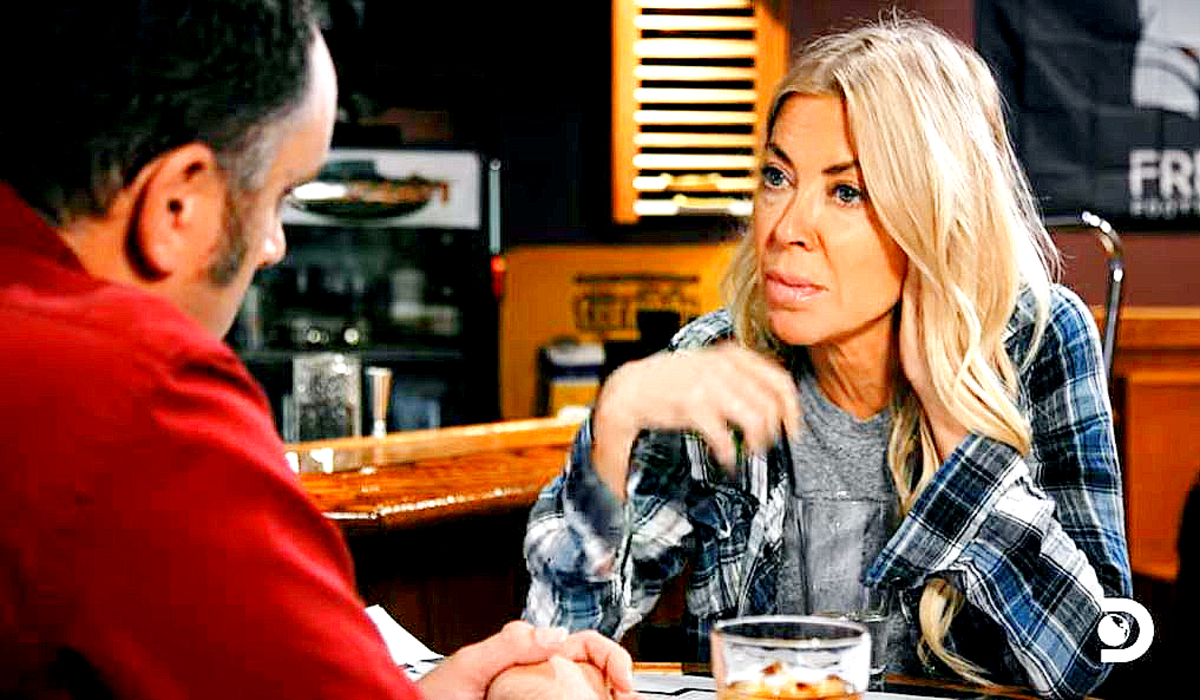 On Wednesday’s next episode of Undercover Billionaire, a master is at work.

Fully undercover and making inroads is one of the three billionaires. Elaine Culotti, in the alias of Elaine May Rindge, who was sent to Fresno, California during the summer production filming to meet the challenge set forth by Glenn Stearns.

What we see is that Elaine is a master at negotiations and quite convincing, her passion and sincerity are heightened by her intensity as she sits with business owner Russell Stone in a negotiation for a building space in TV Shows Ace exclusive preview below.

Culotti is focused and does an impeccable job at getting Russell to see things her way even though the entrepreneur was dropped in the city with little to no resources.

What happens in the Undercover Billionaire preview?

The takeaway master class lesson? Elaine says: “Delay when you pay, I don’t have any money and I cannot afford rent on this building. When you don’t have cash on hand always negotiate paying later.”

Culotti goes by the moniker Elaine May Rindge as her Fresno/TV Show alias as she conducts a master class in negotiating with the flailing business owner Russell Stone.

She opens the preview by laying her cards out and says: “I don’t think it’s a big secret that the building needs some work. It’s really run down, and it’s not
laid out in a way that it can be used right now.”

Circling him now with her plans, Culotti explains her vision to him. She says: “If there was a business plan that it could make money what would that look like to you in terms of appetite?

She explains further in a separate interview alone, saying: “I’m a week into the challenge of building a million-dollar business. I’m all in on Shepherd’s Inn. I have got to convince Russell to say yes.”

She wants to make improvements and get her hands on the reconstruction, but she needs Russell to give her some run time on rent.

Russell says: “If someone was able to come in pay me a generous amount of rent every month, I wouldn’t care what they did with the building to be honest.”

Elaine says: “So you’re pretty comfortable with the idea of just leasing it?”

Russell says: “I would but it would have to be a long-term lease.”

Culotti notes that the news is what she needed to hear. She says: “This is really good news. Russell’s open to the idea of a long-term lease because it provides him with passive income.”

Elaine explains to him that she has two things to offer him: A really good brain and a work ethic and “tireless” level of energy.

She says: “Let me work on the idea of what it’s going to be with the caveat that you can veto it. I’ll pay you rent as soon as I get the business up and running.”

Concerned that she may not know what she is doing, Russell queries her on her experience.

Immediately Elaine reassures him. “I do. I fixed and flipped a lot of stuff. I understand basic construction I’ll figure something out that will blow your mind
but I don’t want to spend my energy if I don’t have a willing partner…”

And with the ball in his court, Russell concedes to Elaine and says: “I would be willing to work with you if you think you can make something more, let’s do it.”

In an expanded format from season one, instead of just one man, three billionaires are going undercover in three separate locations in this second season to see if the American dream is still alive and well and going to survive the COVID financial fallout and all the political divisiveness.

With just $100 in their pockets, they will find out if they can start a business and grow it up to $1 million in just 90 days.

In her interview with Authority magazine, Culotti summed up her feelings for Discovery’s hit series aimed to change mindsets and lives with a new American entrepreneurial drive:

“Undercover Billionaire is a movement… I have said it!! It’s about existential wealth. It’s about the currency of confidence, security, health, art, dreaming, opportunity…being ready…”

Having a well-traveled childhood that helped finely focus her keen eye combined with a tireless work ethic and drive that she was born with, Culotti’s path to becoming a billionaire is a fascinating one.

One of Elaine’s initial businesses was importing found items and textiles, which grew her design business, Porta Bella Designs. This was her entre years late to real estate development.

She grew a network if sub-contractors and experts to help her create iconic design projects like the House of Rock in Santa Monica, California. She is also an ardent proponent of smaller sustainable farms and has her own, the 40-acre Big Z Ranch in Fallbrook, Calif.

In reviewing her biography and CV, no project is too small, and when she puts her mind and weight to something, the outcome is sure thing.

Tune in to watch Elaine school us all in how to get what we want in a negotiation:

Matt Roloff Updates On Family Emergency: How Are His Parents?
‘When Calls The Heart’ Season 9 Has Started Filming: All The Details
Khloe Kardashian & Tristan Thompson Spending Time Together: Are They Back Together?
Katie Thurston Plays Wingwoman For Contestant She Rejected
Jeremy Vuolo Dotes On ‘Little Princess’ Felicity In Sweet Birthday Tribute