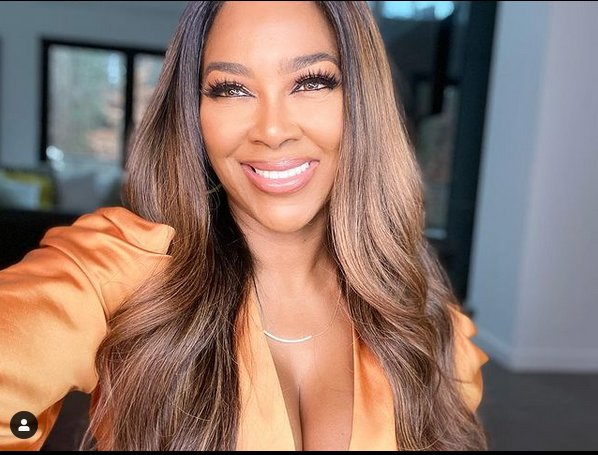 On the latest episode of Real Housewives of Atlanta, Kenya Moore hosted a surprise party for Cynthia and her fiance, Mike Hill. She revealed to her guests that she is interested in women during the all-white event. After this revelation, fans took to Twitter to show their disbelief that the reality diva was interested in women all of a sudden.

Which Housewife Is Kenya Moore Is Attracted To?

Kenya ensured the engagement dinner took into consideration all Covid precautions. All-stars had gone for testing before confirming their attendance. As they had dinner, Latoya shared a sexy picture of Kenya from a lingerie shoot. “Did y’all see Kenya’s sexy photo? It was on my screen saver you should be proud of this body”.

Cynthia, Porsha, and Kandi became visibly uncomfortable when she started to shout. “Kenya’s a** all on my phone!” It seems Kenya and  Latoya’s friendship is closer than we think.

The former Miss USA opened up that there were three ladies at the table she finds attractive. ‘Kandi is one, and I think it would be the best s*x I never had,” Porsha pointed out Latoya as the second one, to which she happily replied. “Oh, that’s obvious!”

“Maybe it’s been a blessing I haven’t been a friend of Kenya Moore this whole time because I don’t think I want a naked photo of Kenya.” Porsha Williams said during her confessional at the end of the latest episode. After this fight almost broke out at the table when Marlo began throwing shade at Kenya’s backside. She said, “You want to get your butt done as well?” 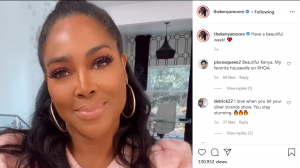 Some viewers were excited for this new storyline saying on Twitter, “LaToya and Kenya would make a cute couple” “What is this queer storyline they are giving Kenya? I’m interested but also suspicious. Many think Kenya is just looking to keep herself on the show.”

Another wrote, “This Latoya and Kenya storyline is sickening. Kenya is an attention seeker to send LaToya a nude picture of herself, and LaToya is tacky and thirsty AF to show off that photoshopped image to everyone.”

Fans didn’t like the themed dinner. One wrote,”She has no storyline, no new ventures or businesses, and at 50 is gonna keep this same old tired villain character going?!” Some RHOA fans are ready to see someone else hold the peach in Kenya Moore’s position.

Mike and Cynthia were also disappointed with the event. According to the Dailymail, Kandi had informed them minutes before that Joe Biden would attend. “I was glad we had an engagement party, but it would have been more cooler to have met Biden.”

Kenya, on the other hand, was happy with the white dinner.  She got Cynthia to name her and Kandi Harris as her bridesmaids.