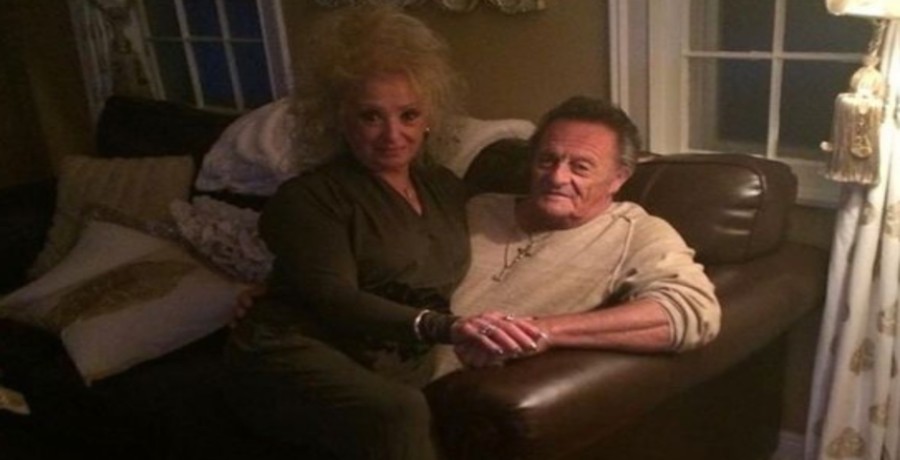 Foxy Grandma of Unpolished just learned what hump day meant. The show returns tonight and the gals aren’t getting any less rowdy. On a TikTok video Lexi captioned, “grandma just learned about hump day.” Foxy is talking to her daughter and Lexi about hearing the DJ on the radio saying hump day. She asked Papa what that meant , and he didn’t know. The women are already laughing at this part of the story.

She literally thought it was a day of humping, because she didn’t know the saying. She is in the salon wearing a black mask and a black sleeveless dress with leopard accents. Jennifer Martone says, “Wednesday is hump day you get over the hump.” Grandma said she’s never heard that before. 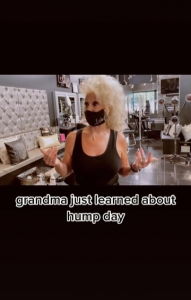 Foxy Grandma Is The Funniest Martone

Lexi said, “are you going to be doing some humping, Foxy.” She said she might go and put a smile on papa’s face. Lexi says, “this is your mother ladies and gentlemen,” to Jen. Foxy says, “here I am!”

She said when I listen to the radio I don’t pay attention, because I just want to dance and sing. Lexi says, “she just wants to hump and bump.” Foxy Grandma keeps it fun with everything she does.  Fans love her free spirit, fashion sense, and quick wit.

In a different video on TikTok, Jen received a package and Lexi told her she couldn’t use her nails. She sits on the floor kicking it with her boots.

Foxy Grandma joins in and gets on top of the box trying to open it with dance. Martone exclaims grandma when she climbs up on the box. Lexi says, “I dance on tables, she dances on boxes.” Finally, Lexi goes and gets scissors calling them both jack*****. A fan asked what the box contained and Lexi replied, “it was a blanket lmao.” 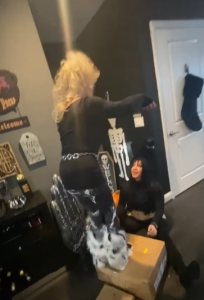 Fans are now discovering that the Martones are on TikTok, Lexi has gone up to over eighteen thousand followers in a week. Bria said she’s been practicing her TikTok dances, because she wants people following her there. She posted three just today including a dance to, “Laffy Taffy.” She also posted a couple’s challenge with Matt, her husband.  Foxy and Jennifer currently just have videos up of the show’s trailers.

The TLC Twitter is ready for the show to return. They tweeted, “the salon doors are open, bedazzled masks are on, and Lexi’s nails are on point. Tune in to the #Unpolished season premiere TONIGHT at 10/9c!” What do you think about Jennifer and Foxy’s method for opening packages? Did you know what hump day was? Comment below with your thoughts.

See New Photos Of Lawson Bates Like You’ve Never Seen Him Before
Wait, Anna Duggar NOT Jim Bob Forced Josh On The Rebers?!
‘LPBW’ Tough Jackson Roloff Shows Dad What He Is Made Of
Meri Brown Wishes Daughter Mariah Happy Birthday, How Old Is She?
Lilah Roloff’s Adorable Point Kills During Zoo Trip With Matt & Caryn