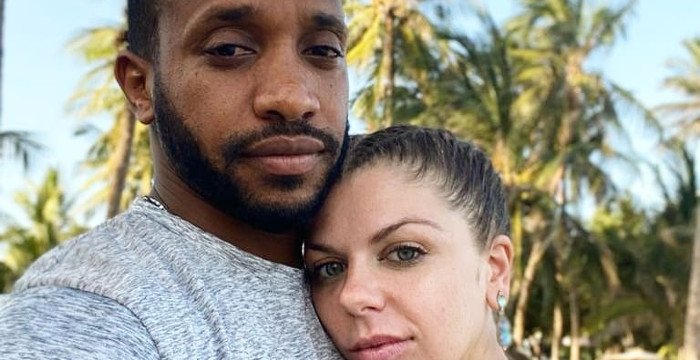 Reality TV couple Biniyam and Ariela Weinberg shared a TikTok of them dancing at the beach. The dance moves Arielle was learning must have been from the movie Dirty Dancing. Biniyam captioned his post as ‘One of Ari’s favorite movies is Dirty Dancing.’ It seems the lovebirds are still vacationing on the coast of Kenya.

So Far So Good

According to ScreenRant, Ariela is secretive about whether she is married or not. Their love story began when the 30-year-old left her home in New Jersey to live with Biniyam in Ethiopia.

Everyone got to see their story unfold on Season 2 of 90 Day Fiance: The Other Way. It was not easy for Ari to adapt to the new country’s language and culture. Despite the challenges, the two lovebirds welcomed their first child in December of 2019, named Avi.

On their pages, they share cute photos of their ever-smiling baby boy. By the season finale, Biniyam had proposed to Ariela, and she said yes!

Biniyam and Ariela share a lot with his over 70 thousand Instagram followers. On a Q and A, he did on his stories he opened up about filming the 90 Day Fiance reality show. He wrote, “When Ari was going to have the baby, we were uncomfortable being filmed.” The 31-year-old admitted sometimes he just wanted to rest and be alone instead of being followed by cameras.

Like many of their videos, the TikTok dance received a lot of attention. One fan wrote, “Putting the wedding ring on the pointer finger, you guys are too cute!” Many were speculating that the attractive couple was practicing for their wedding dance. They might be onto something. Yesterday the Ethiopian native told fans he wanted a “very big traditional wedding.” 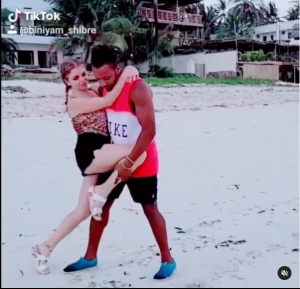 A lot of fans keep up with the family through their social media channels. Ariela has more than 100 thousand followers on her page. She shares her fitness journey with fans by posting photos and videos while in the gym with her boo.

It seems the couple was having fun practicing dance moves on the beach. Fans cheered them on under the post, “Let’s see some more moves!” “Mine too! It’s the best movie!”Another wrote, ”You should do dancing with the stars!”

Biniyam quickly shot down anyone who had anything negative to say about his fiance. When one commented that Ari doesn’t have a job because mommy and daddy pay for everything. Biniyam answered, “You will find peace. Let go of that anger and jealousy. You only hurt yourself.”

The self-taught dancer doesn’t tolerate hate on his pages. Most of his replies to fans end with red hearts.