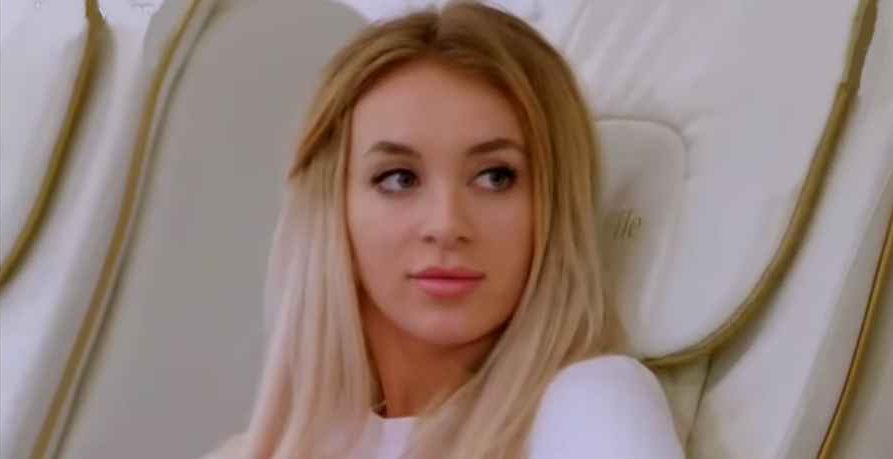 In a sneak-peek into Sunday’s episode of 90 Day Fiance, Yara is shocked after Jovi’s female friend gives her some troubling information. In a shocking scene, Yara and Sara are enjoying manicures and pedicures. Why is this shocking? Because of what Sara told Jovi’s girlfriend about his activities in the past.

Season 8 of 90 Day Fiance has introduced us to Jovi Dufren and Yara Zaya. So far, Yara is struggling after moving from her home in Ukraine to New Orleans to be with Jovi. So far, Yara hates New Orleans and the apartment Jovi got for them. The Ukrainian beauty also holds past resentment towards her new man.

On last Sunday’s episode, Yara revealed that after she suffered a miscarriage, Jovi had left her in Albania. They were traveling to go to work when she had to undergo an operation. Even worse, Yara also lost her passport at that time.

The TLC reality star said that she had a hard time trusting Jovi after that incident. In fact, she felt he had abandoned her. For his part, Jovi insists he didn’t know she had to have an operation and that he wouldn’t have left her if he did know.

Yara was also upset on Sunday’s episode over the fact that Jovi had to leave her again for a month of work. This comes after only two months of her arrival in America. It turns out Jovi’s job is to perform maintenance on oil pipelines and travels extensively. In fact, this is how he actually met Yara. Meanwhile, she is upset that she will now be in New Orleans alone, with no friends or family to support her.

Jovi feels guilty for leaving her

Jovi told the cameras that he is not feeling good about leaving Yara. He said it is going to be a little tough for her. He said she doesn’t know anybody who lives in New Orleans. In fact, Yara is having to learn the streets and where she can walk, while his mom’s an hour away. She doesn’t even know how to get to the supermarket. While saying it will be tough, Jovi admits he couldn’t imagine being stuck in another place with no one to help him.

Yara told the cameras that she knows they fight a lot, but she will still miss him when he goes away. She doesn’t want him to go and to be without him for months. Meanwhile, viewers got to see Yara and Jovi parting with hugs and kisses.

In an effort to make friends, Yara ended up meeting one of Jovi’s friends, Sara, for manicures and pedicures. Sara admitted to the cameras that while she thought Yara was “nice,” she does believe Jovi is rushing things. She added that he doesn’t really know Yara.

Yara meets Sara at the salon

In a teaser clip released by ET, the women are relaxing at the salon. Yara tells Sara about her future plans, including wanting to start her own salon. She also wants Jovi to find a job he can do locally, so he won’t have to leave her for months at a time.

Sara was doubtful over this, saying she is “very skeptical” of Yara’s plans to open her own salon and start a business there. She told the camera that Jovi never really changes his ways for a girl. Sara said he really loves his job and would never give that up. To her, It is important that Yara really knows the man she is about to marry. She said they both need to be on the same page and they both need to be ready.

Sara decided it would be a good idea to share some intimate details about Jovi’s past. She said while Yara thinks Jovi is ready to settle down, this doesn’t sound like her friend. According to Sara, the pre-Yara Jovi was always out partying until 3 a.m.  In fact, he often didn’t know where he was or what happened the night before.

Speaking to Yara, she asked her “How do you feel about strip clubs?” The Ukrainian beauty looks skeptical, as Sara continues. She said, “Well, it’s just, like, Jovi used to be a regular at one of the ones down here. He knew all the strippers and he’d, like, sleep with them.”

To make matters even worse, Sara also spoke of Jovi’s former girlfriend. She told Yara she had peed in the bed at one time. Sara did stress that this was not the bed Yara is sleeping in. She just reiterated that the girl go so drunk, she p***ed herself in the middle of the night. Saying this was gross, Sara explained that this was the Jovi before Yara. However, she added that he is probably completely different with her.

As for poor Yara, she told Sara this definitely wasn’t the Jovi she knows. However, if he was doing that, she wouldn’t be with him.

Yara raises doubts about her relationship with Jovi

In her confessional, Yara said she doesn’t know why Sara is telling her all these bad things about Jovi. She said, maybe it was funny for Sara, it was kind of embarrassing for her. She said she knows a different side of Jovi but is starting to wonder if she lied to herself. Yara says she gave up everything in her country to move to New Orleans to be with someone she doesn’t even know.

Of course, as in the past, TLC could be ramping up the drama to keep the show interesting for fans. We will have to watch upcoming episodes to find out more.

View the teaser video for next Sunday’s episode below.

Khloe Kardashian & Tristan Thompson Spending Time Together: Are They Back Together?
‘General Hospital’ Spoilers: Is A Maxie Recast On The Way?
‘My Hero Academia: World Heroes’ Mission’ Movie, What To Expect
Fans Worry ‘Bringing Up Bates’ Will Be Canceled Like ‘Counting On’
Todd Chrisley Debunks Lindsie Bombshell: Wait, She Was Involved?!