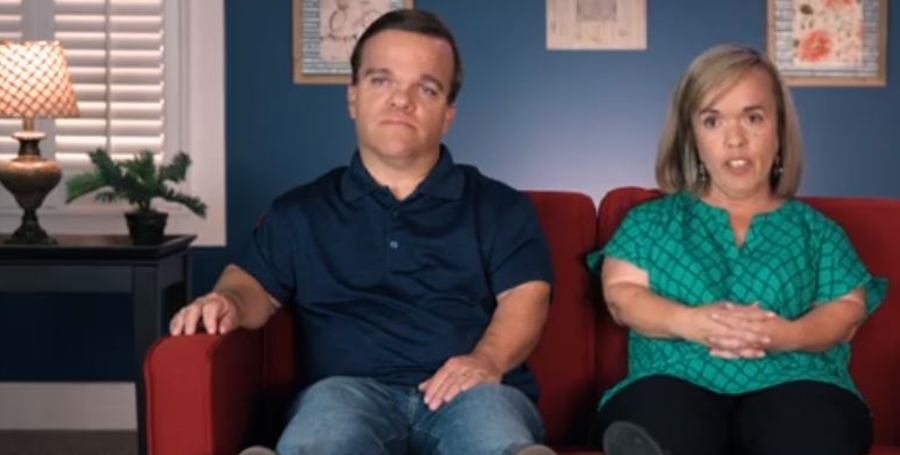 7 Little Johnstons Trent & Amber talk a lot about their intimate life this season on TLC. And some fans just don’t like it. In fact, they grow rather irritated with the focus on their s*x life. But in the next episode, fans see them finally move away from all the bedroom talk and focus on Amber’s job. At least for a little bit. So that might bring some relief to irritated fans.

We reported that Amber and Trent “spice up” their love life. And, there’s nothing wrong with that. But fans don’t particularly like the emphasis on that. The couple went pole dancing, and work on their little love nest. So, some fans grow initiated with it. On Twitter, outspoken fans don’t like the direction the TLC show takes this season. And they don’t care for them discussing their life between the sheets on television.

However, a bit of a break from that comes along in the next episode on Tuesday. So, that might bring some relief to critics. After all, the show even looked at the intimate relationship between Jonah and his girlfriend. For many people, they think that side of life’s best left to the imagination. People reported that fans soon see that 7 Little Johnstons Trent & Amber turn their minds towards Amber going back to work. At least partly. You will still see a bit more about their intimate life.

I really don't need to know about these people's sex life. I can't be the only one. Other people's sex lives really just aren't that entertaining. Well I guess they are for some people but there is a whole genre of entertainment just for that purpose.

Trent worries about Amber at work during the coronavirus

In People’s exclusive sneak peek, Amber prepares for a return to the classroom. And Trent naturally worries about it. After all, COVID-19 might not affect kids badly. But teachers might become sick. Trent said that little people might be at more risk of getting the virus. After all, they are much smaller than other people.

He noted, “You’re not an average-size teacher in the classroom. You are literally face-to-face with these kids.” Plus, the 7 Little Johnstons star brought up an interesting point. Trent said to Amber, “The little people community have been silent about this pandemic. I don’t think people stop and realize — I feel we are at a higher risk.”

Amber really needs to be in the classroom or at least at the school, she said.  Even if the kids get sent home, they still need to make sure everything’s in place in case they need “virtual lessons.”

Little person in the classroom

Another thing that Amber thinks about is the fact that little people teachers seem rather scarce. Obviously, the 7 Little Johnstons mom anticipates a lot of questions from the kids. So, she already prepared her talk about that. Notably, little people, the same size or even smaller than some kids might seem like a pushover for unruly students. While she never mentioned that, if they try that on Trent’s wife Amber, no doubt they soon find themselves brought into line.