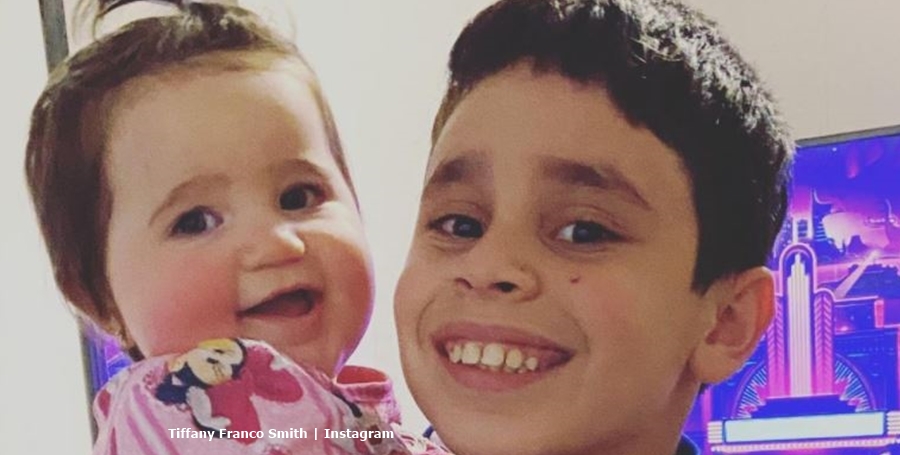 Tiffany Franco Smith reunited with her husband Ronald, and her son just had the experience of his life. Ronald really missed his family as the coronavirus kept them all apart for so long. Recall, he still awaits the outcome of his visa for the USA. And Tiffany doesn’t want the kids to live in South Africa. She fears the crime over there. But now, Daniel hung out with an amazing creature, sure to make a memory he’ll never forget.

We reported that Ronald was all smiles as little Carly Rose, Tiffany and her son Daniel all arrived in South Africa just in time for Christmas. Fans hated that he missed so many milestones in his daughter’s life. So, they celebrated his happiness on Instagram. While some people worried about the coronavirus, it’s all across the world right now. No matter where people live, they might contract the virus.

In June last year, we noted that TLC star Tiffany Franco Smith hosted a Q&A on Instagram. At the time, people asked her about elephants and safaris. As we pointed out, Ronald lives in Randfontein, not far from the Krugersdorp Game Reserve. And Kruger Park’s only about a four to five-hour drive from there. During her Q&A, Tiffany mentioned that she went out and saw her first wild elephant. And, she felt blown away as the animals are not kept in enclosures. Now, the 90 Day Fiance family met an elephant.

In the photo that Tiffany shared, Daniel stood near a keeper and touched the tusk of a big elephant. Tiffany said in her caption, “He was a little…..nervous.” But the cute little boy bravely gave the camera a big thumbs up. In the comments, many fans agreed they’d also feel “nervous.” Others commented on the opportunity Daniel experienced. One of them wrote, “Wow, what an amazing adventure for Daniel. That is a beautiful elephant.”

Another follower mentioned, “He is adorable! Love this!!! This is on my bucket list!! 🐘.”

But other 90 Day Fiance fans didn’t like the fact that Tiffany Franco Smith’s son interacted with an elephant. As Tiffany didn’t geo-tag the photo, it’s not easy to establish where they went. However, it looks very much like they went to The Elephant  Sanctuary. The organization partners with The Monkey Sanctuary. Found in the Western Cape, Gauteng (Ronalds’Province), and near Kruger Park, they offer interactive animal education.

One 90 Day Fiance fan said they felt happy for Daniel. But they felt some concern about the “exploitation” of the animals. It’s not clear on their website, but apparently, they rehabilitate elephants who suffered some kind of captivity. The website explains they allow “touching, feeding, interacting, and walking trunk-in-hand.” And on their Facebook, they note that they don’t allow people to ride the elephants although it’s not illegal in the country.

Wherever they went, it certainly looks like Tiffany Frano Smith’s son Daniele probably never forgets the day he met the amazing creature.