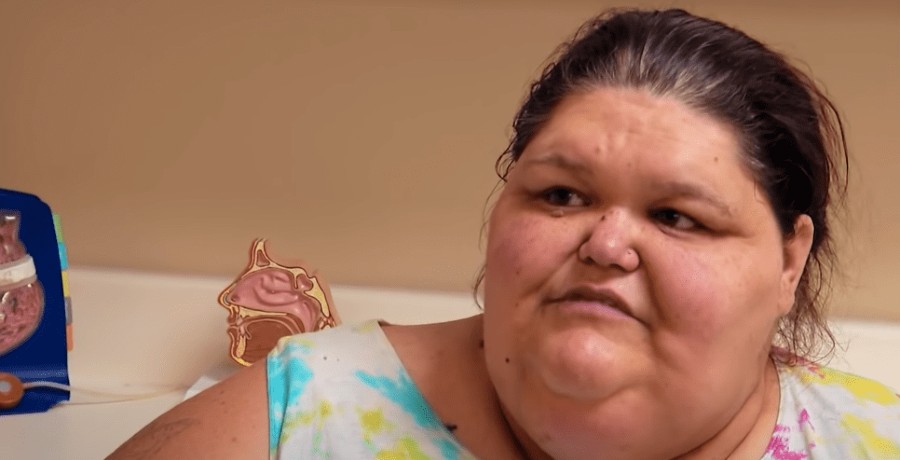 Robin McKinley was featured on My 600-lb Life star when she turned to Dr.Nowzaradan for weight loss surgery. Robin’s entire family was vastly overweight and struggled to drop the pounds. Ultimately, this was making it harder for Robin to break free from her old ways.

From the beginning of My 600-lb Life

Robin was featured on season 7 of My 600-lb Life. She struggled with her weight her whole life. By high school graduation, she tipped the scales at 350-lbs. She appeared dependent on her family that lived nearby. Her brother and a young nephew who was also considered morbidly obese often brought her large amounts of food. When she first sought Dr. Now’s help, she was weighing in at 648-lbs. The former teacher had to give her job up due to her weight. She became bound to a wheelchair due to the cartilage in her knee being worn away. She claimed that the bones in her knee area were rubbing causing excruciating pain, according to an article by Heavy.com

Robin McKinley has a family member join her

Robin’s overweight nephew Garrett, came to join her on her weight loss journey. “I’m excited for you to be getting the help you need and I’m excited that I get to go with you,” he told her during the long journey to Houston. Robin seemed excited to have him around to support her.

The reality show star managed to drop down to 394 pounds after having a successful surgery. Her nephew, Garrett Rogers, also made some big strides in controlling his weight. With the help of Dr. Nowzaradan, he went from 607 pounds to 337. Together, the duo shed 42 percent of their body fat. By the end of his episode, Garrett was able to start training so he could try his hand at making a living by being a welder.

Update on the two family members

Though the pair had success thanks to Dr. Now’s help, it doesn’t seem that Robin has continued on a healthy living path. Searching through social media posts you can see photos from their initial weight loss but nothing new. This makes fans believe the two went back to their old ways. The picture below was Robin’s most recent photo and as you can see it looks pretty similar to what she looked like at the beginning of the show. Unfortunately, no one can find weight loss photos of Garrett. Let’s hope that he is still losing weight and just hasn’t updated his photos. We are all rooting for you, young man!

‘Alaska: The Last Frontier’ Star Says Goodbye To Lifelong Friend
Which ’90 Day Fiance’ Stars Have Had OnlyFans NSFW Images Leaked on Instagram?
‘Yellowstone’ Fans Speculate That Rip Could Be Murdered In Season 4
‘Mystery At Blind Frog Ranch’ Exclusive Interview The Ranch Is For Sale!
‘The Flash’ Season 7 Premiere Delayed: When Will It Air?