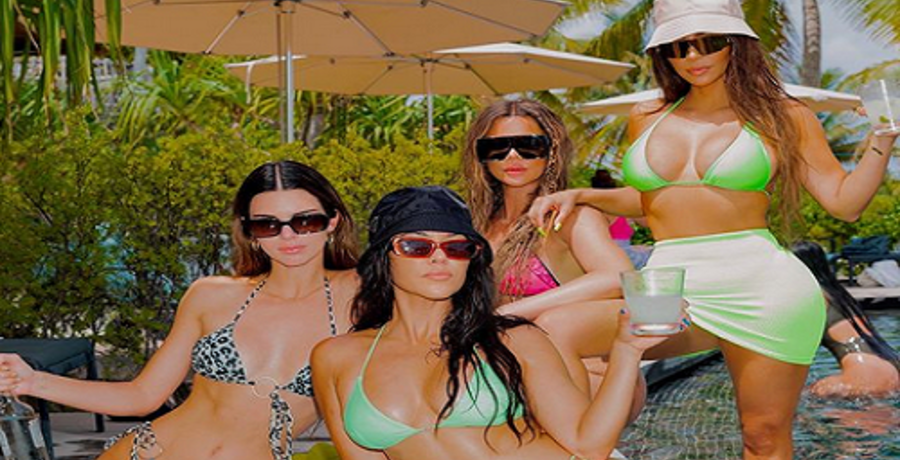 The Kardashians finished filming the 20th and final season of their popular E! reality series Keeping Up With the Kardashians. Of course, it was an emotional time for the famous family. On Friday, January 8, Kim Kardashian and her other family members took to their respective Instagram pages to document the last day of filming.

The family toasted with the crew and enjoyed gourmet cookies that featured their faces. Kourtney Kardashian even admitted that she was “officially sobbing.” It’s interesting, considering she announced her departure from the series last year. She called the workplace environment “toxic” and even argued with Kim over it.

Now, the family is feeling sentimental over the end of KUWTK.

The Kardashians celebrate the final day of filming

In December 2020, the Kardashians traveled to Lake Tahoe. They spent Christmas there and even shared photos from their luxury vacation. On Friday, members of the Kardashian-Jenner clan revealed that they finished filming for the 20th and final season of their reality series. Season 20 will end early this year.

The first season made its debut in 2007. Since then, the family grew an impressive viewership. For the past 13 years, fans of the show watched the family members grow up before their eyes. E! posted a video on the Keeping Up With the Kardashians Instagram page which shows Kim toasting with several crew members, who are wearing masks.

“We just finished filming forever – forever, ever,” Kim said in the clip. “We’re never filming again. Isn’t that so crazy? Cheers to, I don’t know, 15 years, 20 seasons of craziness and lots of love.”

Both Kim and Kourtney Kardashian shared photos from their post-filming ceremony. Kourtney wrote that she was “officially sobbing” and “grateful for every single second.” This comes after Kourtney admitted she wanted out of the show. Last year, she got into a physical altercation with Kim because of filming.

Fans are wondering if the Kardashians will make a new reality show as part of their new content deal with Hulu. But Kim may have confirmed those rumors. However, it’s unclear what kind of new show they would have on the streaming platform. New reports indicate that it could be similar in format to Shark Tank and focus on the family as successful entrepreneurs.

Some fans were looking forward to KUWTK continuing on Hulu. Kim made it clear in her Instagram Stories that her family is “done” with filming about their lives for good. Of course, some of her fans expressed their disappointment over this news. But Khloe hinted on her Instagram page that the family still “have so much more to share.”

What are your thoughts? Do you think the Kardashians will make a comeback? Sound off below.