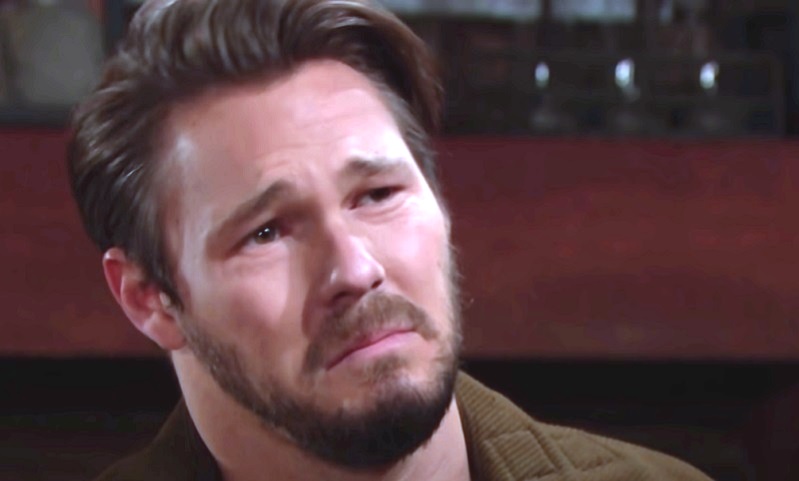 Bold and the Beautiful spoilers promise a week with sad faces starting with Liam Spencer who drops the bomb on Hope Logan. For some reason, Liam Spencer (Scott Clifton) had a vision of how the scene should unwind as he tells his wife the truth.  But apparently, Hope Logan (Annika Noelle) didn’t get that memo because she reacted opposite to what Liam scripted in his head.

Bold and the Beautiful: Liam Spencer Trades His Guilt For This?

It seems this rush job that Liam pushed on Steffy Forrester (Jacqueline MacInnes Wood) to confess their deed was to ease Liam’s guilt. But Bold and the Beautiful spoilers suggest living with this guilt is a picnic compared to what Liam faces next.

Even though Steffy was as guilty as Liam, it’s not feeling that way to the waffling father of two. Around every Bold and the Beautiful corner in the coming days, family members hear the news and their disbelief turns to disappointment. In some cases, even anger emerges aimed at Liam over this deed. 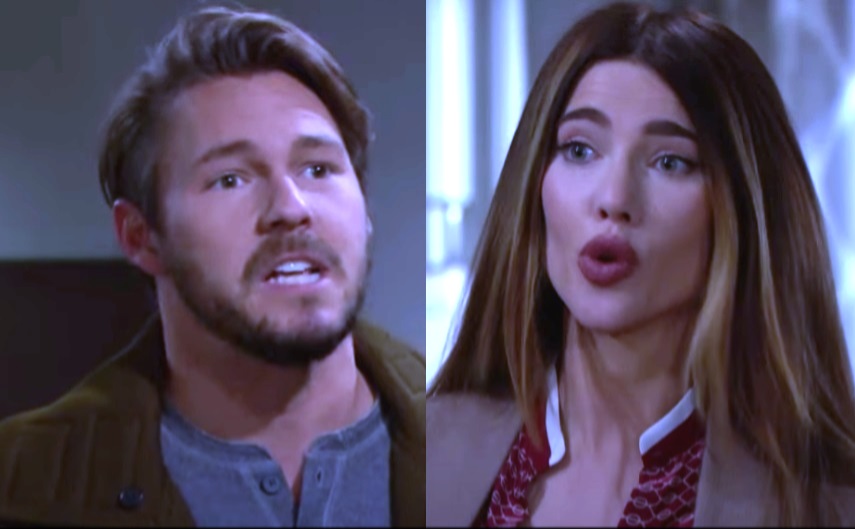 It looks like some of that anger is hardcore when it comes from Dr. John Finnegan “Finn” (Tanner Novlan). He has tunnel vision on Liam once Steffy tells him what happened.

But first, as Finn romantically dishes out his plans for the future with Steffy, her reveal gets delayed. But when she finally does come clean, Steffy has an easier time than her counterpart, Liam, in the immediate wake of her confession.

Bold and the Beautiful spoilers suggest that Liam got it all wrong. His idea of how the confessions would play out went in an opposite direction. He thought both he and Steffy would tell Hope and Finn, step back as they processed it and then forgiveness would eventually come.

Instead, Hope explodes in fury and forgiveness is not a word in her vocabulary and won’t be for the unforeseeable future. Finn is as crushed and hurt as Hope but B&B spoilers hint that he’s not willing to walk away from Steffy.

Spoilers also suggest a hurting Finn continues to be that kind and caring guy for Steffy. But a dark side of the doctor emerges when it’s time to deal with Liam. B&B spoilers hint at that at first, that dark side remains hidden from everyone, except for Liam.

Bold and the Beautiful: Loneliness In The Cards For Liam Spencer?

To free himself of a guilty conscience, Liam insisted on coming clean. This meant Steffy would need to do this too. While Hope remains furious at Liam, she may move out and into Forrester’s big house. Bold and the Beautiful spoilers suggest Liam finds this a lonely time.

While he thought he at least had Steffy to talk to since the two are in the same boat, he was wrong again. B&B spoilers suggest Finn gets tough on Liam. The good doctor gets tells his nemesis to stay away from Steffy.

The spoilers also suggest Liam’s worries turn to Steffy as well as Hope. Once Finn reveals his true self to him, he worries that Steffy really doesn’t know the man she’s fallen for.

Liam thought bringing the truth forward would let him sleep at night. But he’s lost both Hope and Steffy. They stay away from him in the coming days so he feels like he’s lost both families. Did he make a double mistake?

The first mistake of course is sleeping with Steffy.  The second was coming clean before knowing the paternity of this baby. If Finn is the dad, he could have spared all this pain and anger across the board.

Bold and the Beautiful creates twists and turns along this journey of a new baby on the way. A lot hangs on the paternity of this baby. But either way, it looks as if Steffy could follow Finn’s lead and leave Liam dealing with his devastation all on his own.