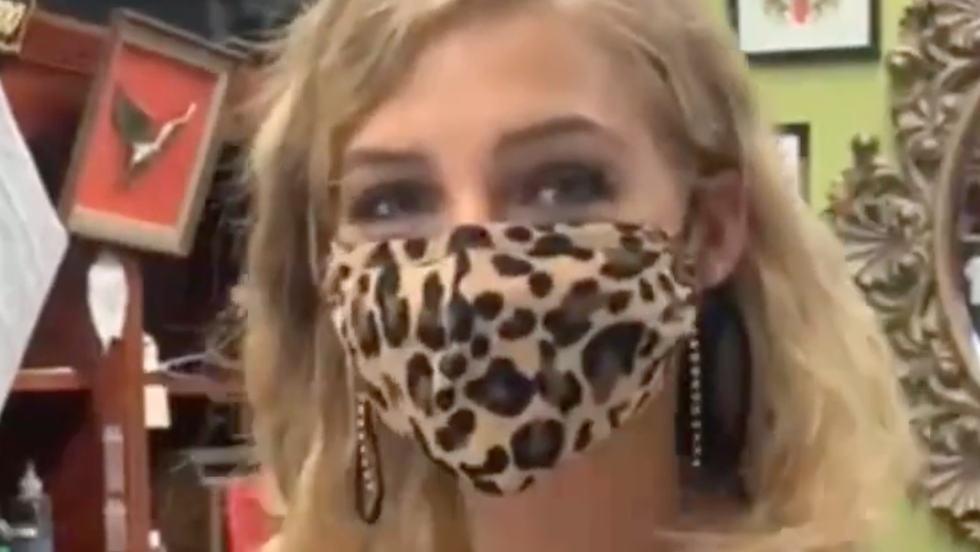 Welcome to Plathville star Moriah Plath is finally showing fans her new tattoo. As TV Shows Ace reports, the teen previously teased that she got a tattoo. But, at that point, she didn’t share what it looks like. So, now she’s ready to show the world.

Fans supposedly caught a peek at Moriah’s tattoo on her boyfriend Max Kallschmidt’s social media page. The fans claimed that it was a black heart. So, were they right?

On Sunday, Moriah took to social media to tell fans that she is revealing her first tattoo. She posted a picture of herself laying on the table at the tattoo shop. She’s wearing a face mask and has her eyes closed. From the photo, you can’t tell what her tattoo is of. You can see the photo of her getting her tattoo here.

She directed fans to a video where they can watch her get the tattoo and see the big reveal. She got the words “black heart,” as well as a few red scars on her wrist.

On her Instagram Stories, Moriah offered a brief explanation, stating that she’s had this tattoo idea for years. She promises to share additional details later on. But for now, this is the only explanation she’s giving to fans.

As mentioned, Moriah recently launched a new YouTube channel. Her first video is of herself getting her tattoo. Her brother Micah Plath and her boyfriend Max tagged along. The video shows her chatting with the tattooer and getting the tattoo. Micah and Max filmed the entire process.

At the end of the video, she says she falls in love with it again every time she looks at it. She also says that she “might be addicted to tattoos.”

Fans seem to have mixed feelings about the teen’s tattoo. Some think that it looks great and that it’s totally up to her what she puts on her body. Others are saying that she’s doing this out of spite and that she is making too many big decisions at a young age.

Moriah highlighted a specific comment from a fan who reminded her not to give anyone an explanation for her choices in life. Part of the fan’s message reads, “Your life, your experience, your journey.. you owe no one anything. YOU decide what you choose to share. Tats can be extremely therapeutic, and I hope that this was for YOU… you are NOT responsible for anyone else’s feelings, triggers, thoughts and opinion around it.. period.”

Moriah responded to the comment, thanking the fan and saying that she “needed this.”

So, what do you think of Moriah Plath’s tattoo? Share your thoughts in the comments below.

You can see Moriah’s video here.

‘Sister Wives’ Teaser Reveals Robyn Wants A Baby – Is It Safe At Her Age?
Michelle ‘MiMi’ Theriot DUI Bust Update: Did She Get Jail Time?
Sharna Burgess Apparently ‘Glows’ Now That She Found Love
Is Communication A Problem In The ‘Sister Wives’ Family?
‘Married at First Sight’: Find Out How Much Derek is Worth