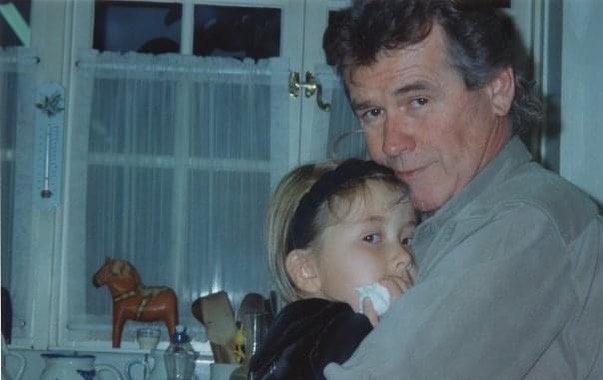 Sad news for soap fans as General Hospital veteran John Reilly is dead. The soap opera star was 84 years old at the time of his passing. According to Deadline (as well as several other sources, his cause of death is currently unknown. Or, at least, his John Reilly’s cause of death has not been made public.

Caitlin Reilly, who is both an actress and a writer, took to Instagram to confirm the death of her father.

Sadness oozed from her Instagram post. It was clear Caitlin Reilly had a lot of respect for her late father.

Background Information On The Soap Star

John Reilly joined the General Hospital cast in February of 1984. He stepped into the role of Sean Donely. Sean went on to be a member of the show for over a decade. The character explored several good guy and bad guy story arcs. John Reilly did an impressive job playing both the good and bad guy.

The soap opera star is survived by his wife Liz as well as his three daughters.

The Internet Reacts To The Passing Of John Reilly

Fans of this great actor took to many different social media platforms to react to his death. Everyone agrees it is a great loss. Likewise, they feel terribly for his family.

Completely devastated to hear that John Reilly has passed. As wonderful as an actor as he was, he was an even greater person to get to know off screen. Deepest and most heartfelt condolences to his family and friends. We will be paying tribute to him with "new" slides today. pic.twitter.com/UmWVviKzwH

“The definition of good man. the way he took care of your mom, your sisters and you. I am so sorry and I love you forever. so much love to your family,” one fan penned on Caitlin’s Instagram post.

RIP John Reilly. Sean & Anna were one of the most complex, layered and fascinating male/female friendships daytime has ever produced. And as a trio Sean/Anna/Robert couldn't be surpassed. #gh pic.twitter.com/6Rlfb7cLRj

Another chimes in: “Oh Caitlin, I am so sorry. He was indeed the best. The kindest person, most generous and loving actor. Most supportive man in every way Please send my love to Liz and to your family.”

“The sweetest man in the world. I adored him. What an example he was to me. Lots of love to you guys.” A third agrees.

Unfortunately, his cause of death remains a mystery. When/if this information becomes public knowledge… We will keep you updated. Stick with us at TvShowsAce for the latest General Hospital news.