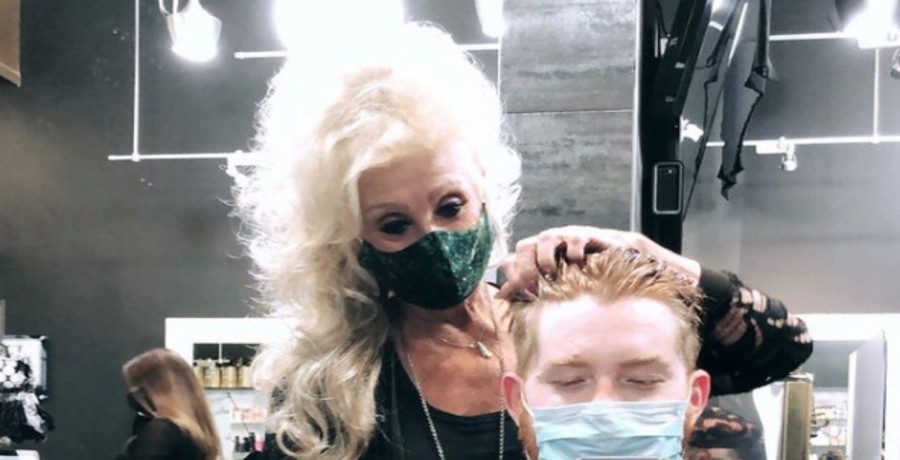 Lexi Martone hasn’t had a TikTok account long, but the newest video is reality television gold. Foxy Grandma is getting Lexi to do her nails and tells her they are going to be sl*tty. She shows them to papa who is sitting in a chair nearby and says, “oh God, help me.”

Foxy Grandma is a feisty hair stylist who doesn’t care what anyone thinks. She’s just as loud and vivacious as the rest of her Italian family. Unpolished is coming back to TLC and the family is dealing with a lot of changes. It’s good to see they can still laugh together. She tells Lexi her nails are also sl*tty and that they both have them.

Foxy Grandma is a spitfire and one of the best parts of the show. The family is loud and the two sisters get into fights often, but the family has a lot of love. The girls didn’t let their grandmother come out into the world even after lockdown ended. In the video you can see the plexiglass has been put in place in order to reopen the salon.

Foxy Grandma Is Proud Of Her Nails

Another video on Lexi’s TikTok is captioned, “when your nail tech says she’s booked,” and shows Bria dragging her through the salon on the security camera. One fan asked what is going on in the video. Lexi replied, “I told Bria I wasn’t doing her nails. And she dragged me out to the table.” 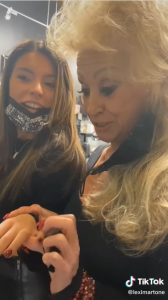 Lexi’s TikTok Should Get More Attention

Some other highlights of Lexi Martone’s TikTok includes her mother throwing a garbage bag from a high apartment and Foxy Grandma thinking she found a marble that was dog poop. Her account also showcases some of her best nail designs including the interactive one you can light a match on. Lexi’s insanely talented and will more than likely continue to use the platform to show off her designs. The family is certainly watchable and the little clips allow fans to see just a little bit more.

Lexi is still under 10k followers on TikTok but with Foxy Grandma she’s sure to go viral soon. The post of Foxy already has over fifty nine thousand views and her followers are going up fast. What do you think of Foxy’s sl*tty nails? Are you excited for the new season? Comment below with your thoughts.