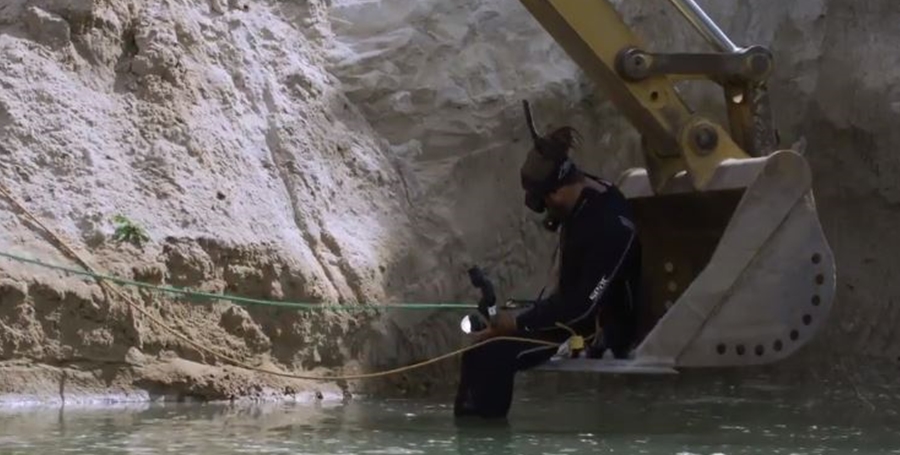 Mystery at Blind Frog Ranch premiered on January 1 on Discovery Channel. And, just a few episodes in, fans enjoy the mysterious show as Duane Ollinger and the team hunt for treasure on the property. Is there gold there? And even if they find it, perhaps the curses of legend make for some terrible disaster.

Mystery at Blind Frog Ranch – in search of gold and artifacts

We reported that Discovery fans expected a treat with the show. It explores the tract of land that comes with the weird and wonderful and paranormal that intrigues people. Blind Frog Ranch in eastern Utah fits right into that intriguing genre. Especially as it’s located close to the Skinwalker Ranch, which obtained a “legendary reputation in the paranormal world for sightings and other mysterious activity.”

Duane seems rather more practical-minded than locals who believe the legends that the caves and caverns carry some sort of curses. In fact, in one episode fans already saw Chad dive into the flooded cave system. It’s all about finding the freshwater sources, and then following it as that’s where any gold’s likely to accumulate. The men follow the underground cavern trail. But, while they’re at it, Duane seemed fascinated in finding out why the frogs at Stillwater are blind in Mystery at Blind Frog Ranch.

Don't try this at home ⚠️
At Blind Frog Ranch, anything can go wrong.
Mystery at #BlindFrogRanch premieres tonight at 10p on @Discovery. pic.twitter.com/uYcEv9GtbT

Meaww looked into the legends about the curses associated with mining and treasure much like the Blind Frog Ranch area. And the stories seem plentiful. They cited a report by Christina Bailey and associates which discovered a legend about five thieves. They stole some gold but died a terrible death as there was a curse associated with entry to a mine. Then another story emerged about how some people fled to Mexico after they entered a cursed mine. When they emerged from the caves, all their friends in the camp had been killed.

According to The Denver Post, in the Uinta mountains, discoveries arose that indicate ancient gold mining operations. But a local person said nobody ever found any gold at all. They heard that “the bad spirits don’t want good people to get the gold and good spirits don’t want bad people to get it.” Of course, similar legends abound about the area where the Mystery at Blind Frog Ranch gets filmed.

I was hoping this Mystery at Blind Frog Ranch show would just be another show about absurdly wealthy blue collar dudes using heavy machinery to search for treasure. But now they’re talking about skinwalkers and curses and UFOs and shit!

Fans explore the paranormal around the Discovery show

One person on Twitter hunted around and discovered a website filled with interesting theories about UFO activity in the area. They wrote, “Watching the first episode of the new Discovery Channel show called The Mystery at Blind Frog Ranch. It sits less than 20 miles from SkinWalker Ranch in the Uintah Basin. And I just found some next-level crazy stuff. And it just gets weirder from here.”

Well, you can check it out. Wouldn’t UFO’s be an interesting addition to the legends of curses and back luck? What do you think? Are there enough stories about bad luck and curses in the world to make you think twice about treasure hunting at Blind Frog Ranch? Sound off in the comments below.