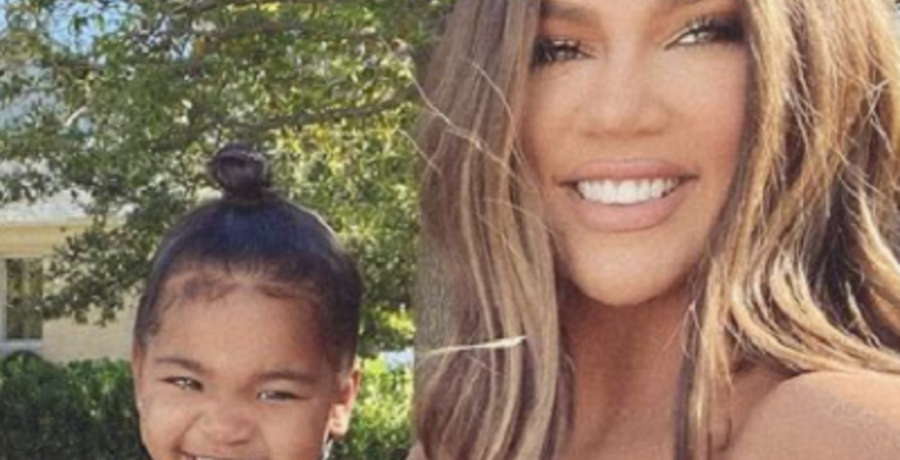 Khloe Kardashian has fans seeing double. This comes amid the rumors that she has a new face. The Keeping Up With the Kardashians star loves to keep fans guessing with her social media photos. Recently, some mistook her for another famous sister.

Is that Kendall Jenner?

The Good American founder had fans confused. On Friday, January 8, she posted a workout selfie on Instagram. The faraway shot had fans confused. Some thought the 36-year-old posted a photo of her younger sister, Kendall Jenner. The photo shows the KUWTK star wearing a dark green sweat suit with running shoes.

“This summer, when all of this is over (manifesting [prayer hands emoji]),” Khloe Kardashian captioned the post. “I’ll be ready.”

The Revenge Body star is known for her love of fitness. But Kendall has been posting her own workouts selfies on Instagram lately as well. Some fans assumed that Khloe shared a photo of the supermodel at the gym. Here are just some of the comments:

Khloe Kardashian responds to the comments

However, this isn’t the first time that Khloe has fans confused over her new looks. She’s always being compared to her sisters after sharing photos of her looks online. In November 2020, some fans accused her of morphing into Kim Kardashian. In July 2020, Khloe shared a snapshot of herself wearing long dark hair, which sparked the Kylie Jenner comparisons. “I thought you were Kylie,” one fan wrote. “Thought it was Kylie,” another added.

Two months before, Khloe Kardashian made headlines for her ever-changing glam looks. Some fans thought she looked unrecognizable in the slideshow of photos. The reality star responded to one online troll in May 2020. The Instagram user wanted to know why she looked different in all of her photos.

“Why do you look so different in all your photos?” the user asked.

“My weekly face transplant clearly,” the Calabasas resident fired back.

The accusations came after Khloe posted a photo of herself with “bronde” hair. In the infamous photos, she wore a white bustier with jeans. Not only did her hair look different, but also her skin was tanned and bronzed. This came after she previously rocked longer, brown locks.

At the time, sources told Us Weekly that Khloe “doesn’t care about the backlash” over the looks. She’s happy with the way she’s been looking and that’s all that matters. Khloe continues to not care what the haters think. And being compared to Kendall is just an added benefit for her.

What do you think? Do you think Khloe looks more like her sisters than herself lately? Sound off below in the comments.

Josh Duggar’s Arrest May Not Be The REAL Reason ‘Counting On’ Is Over
Wait, What?! Matt James & Rachael Kirkconnell Left ‘After The Final Rose’ Together?!
‘Y&R’ Spoilers: FINALLY! Kyle And Jack See The Truth – Phyllis Was Right
Love In The Afternoon With Hallmark’s ‘A Little Daytime Drama’
‘My 600-Lb. Life’ Star Melissa Marescot Gives Exclusive Interview Update