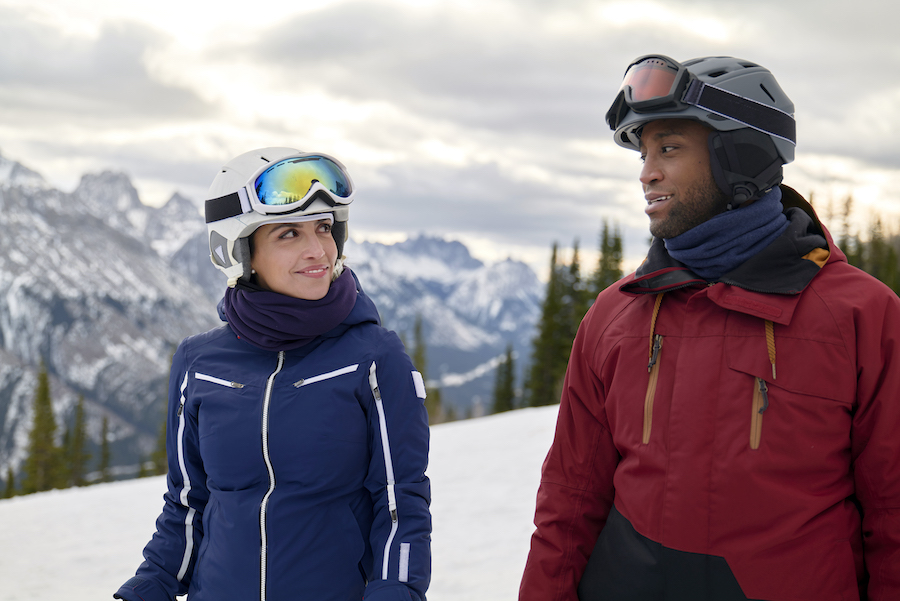 Hallmark’s New Year New Movies continues with A Winter Getaway. This winter-themed movie stars Nazneen Contractor (Star Trek: Into Darkness, The Christmas Ring) and Brooks Darnell (Young and The Restless, Let’s Meet Again On Christmas Eve). This is a winter-themed, feel-good movie. Here is a little more information on this upcoming Hallmark movie.

What Is Hallmark’s A Winter Getaway About?

What do we know about A Winter Getaway? According to the Hallmark press release, Joe (Darnell) is a regular guy. But, a regular guy with a very generous friend. His wealthy pal gives him quite the luxury treat. The is a luxe winter “getaway” package. This is no ordinary experience. No longer “average,” Joe uses a private jet and stays in luxury accommodations. That includes help from a concierge service.

Concierge Courtney (Contractor) is there to make sure that Joe gets everything he asks for. She helps him out to have the ultimate holiday. Spending a lot of time together, the two get closer. There are even some serious conversations and equally serious feelings.

However, will Courtney and Joe’s potential romance be nipped in the bud once everyone knows that he is just an average Joe?

Brooks Darnell Played Nate Hastings On Young and The Restless

A lot of soap fans may already know Darnell. Brooks, who was named after baseball superstar, Brooks Robinson, played Dr. Nate Hastings on Y&R from July 3 2018, to March 26, 2019. According to Soaps, art and real life really intermingled. Before embarking on his modeling and acting career, he went to Youngstown State University on a football scholarship. He planned on becoming a doctor, something that both of his parents wanted as well.

But, school was really not for him. In his younger days, he had done theatre and realized that this was his passion. Therefore, he pursued modeling, the gateway to acting. However, his bulky football build didn’t go with the necessary requirements for modeling. This led him to go after acting in full force. Modeling was no longer the backup plan.

Subsequently, he headed to Toronto. There, Brooks worked with Colin Farrell in the movie Total Recall. Next, Shadowhunters. That eventually led him to his soap gig. Moreover, the regular paycheck was very “relaxing.”

Besides watching Brooks Darnell on the Hallmark Channel, where else can you see him? In addition to acting, Darnell is a very talented photographer. On Twitter he shared some of his black and white photography. He wrote, “This week I want to share with you my work. One of my favorite things to do is capture life in LA! This first series is a man and his best friend, enjoy! #brooksdarnell #dream #LA #Photography #mansbestfriend #doglife #passion #camera #blackandwhite #LAstreets #art #hipster #life.”

When Can You Watch Hallmark’s A Winter Getaway?

Hallmark’s New Year New Movies offers some uplifting romances that will start 2021 on the right foot.

Be sure to catch the premiere of A Winter Getaway on Saturday, January 23, at 9 p.m. Eastern, on the Hallmark Channel.