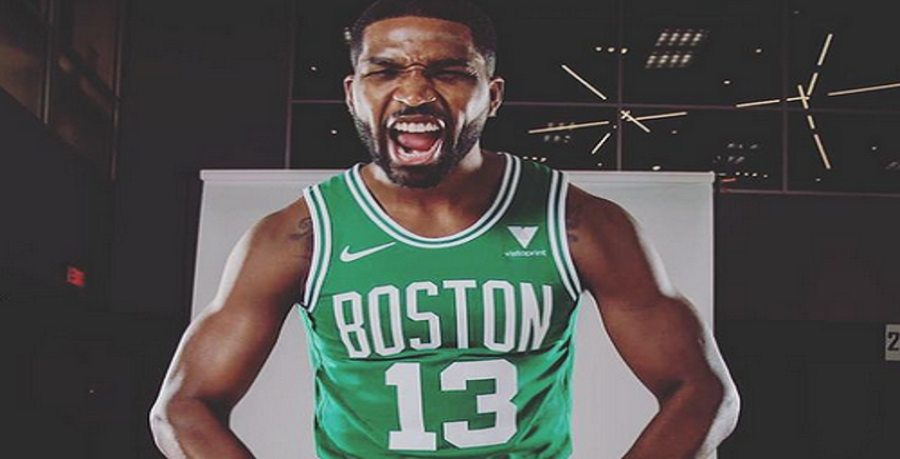 Tristan Thompson, Grant Williams, and Robert Williams are in a seven-day quarantine according to NBA health and safety protocols. Does that mean that Khloe Kardashian’s man caught COVID-19? On Friday, January 8, The Athletic’s Shams Charania was the first to report the news.

In addition, The Boston Globe’s Adam Himmelsbach, Robert Williams tested positive for COVID-19. As a result, Thompson and Grant Williams could be subject to contact tracing. However, there isn’t an update on those two men’s health conditions. The three players were listed as questionable for Friday’s game against the Washington Wizards at TD Garden in Boston.

If Tristan Thompson, Robert Williams, and Grant Williams will have to sideline for seven days, they will miss Boston’s next four games. But they’re not the only ones who are out. Point guard Jeff Teague was also listed as questionable on Friday due to an ankle injury that kept him out of the Celtics’ last two games.

This comes after Thompson suffered an injury last month. He was questionable for a previous season opener after a hamstring strain, per NESN. The former Cleveland Cavalier player improved his practice the following day, according to Forbes’ Chris Grenham.

According to a league source, Robert Williams was the lone Celtics player to test positive for COVID-19 and has been asymptomatic. Tristan Thompson and Grant Williams are out for contact tracing.

“I’m told Tristan Thompson participated in some live portions of yesterday’s practice – a positive sign as he works back from a hamstring strain,” Grenham tweeted on Thursday, December 17. “He had previously only gone through light group work. Still no clear timeline as to when he’ll return to the lineup, however.”

I’m told Tristan Thompson participated in some live portions of yesterday’s practice – a positive sign as he works back from a hamstring strain. He had previously only gone through light group work.

Still no clear timeline as to when he’ll return to the lineup, however.

Since then, Thompson was given the green light to play with the Celtics. Until now. Tristan landed a $19 million deal with the Boston Celtics. A few weeks ago, he relocated to Boston. Kardashian previously spent time with Tristan and their daughter, True Thompson, with Boston, which means things are good between the two.

Tristan Thompson isn’t the only one who made COVID headlines. In a previous episode of Keeping Up With the Kardashians, Khloe Kardashian admitted that she suffered from COVID-19. She kept this diagnosis a secret from the media. Kardashian recorded the episode with a hoarse voice.

“Just found out that I do have corona,” she said to the camera. “I have been in my room. It’s gonna be fine, but it was really bad for a couple days.”

The clip opens with her sister, Kim Kardashian, saying, “We’re just anxiously awaiting the results for Khloe to see if she has it or not.”

Khloe revealed that her symptoms included coughing, hot and cold flashes, shaking, and vomiting. She also had a headache that was unrelated to her usual migraines. Since then, the family has been slammed for their behavior amid the ongoing coronavirus pandemic. Khloe and her family members continue to travel despite the strict travel limitations and CDC guidelines.

Stay tuned to TV Shows Ace for the latest news on Tristan Thompson.

‘The Bold And The Beautiful’s’ Karla Mosley To Replace Mishael Morgan At ‘The Young and the Restless’
‘Sister Wives’ Maddie Brush Explains How Evie Is ‘Normal’
Why Are ‘Unexpected’ Stars Lilly & Lawrence Overwhelmed & Annoyed?
Jeremy Vuolo’s ‘Harmful’ Biblical Teachings Exposed In Sermon Clips
How Religion Kept Colton Underwood In The Closet