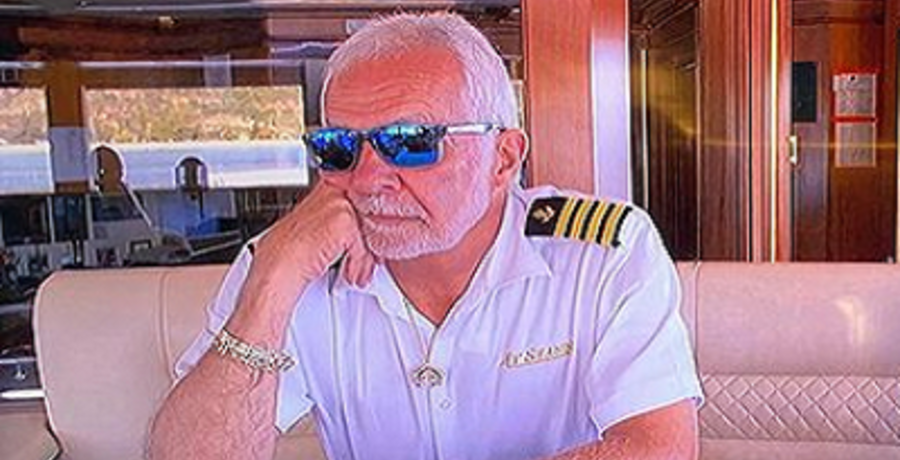 Captain Lee Rosbach is trending on Twitter over his political beliefs. Below Deck fans are not sure what to think. Some are disappointed in the Bravo star, while others are loving him even more.

Politics are polarizing these days. Everyone is wondering which side people are on – especially when it comes to their favorite reality stars. Fans are wondering if Lee really supported the so-called “Proud American” who attended the deadly U.S. Capitol riots earlier this week.

The captain has been called into question and now he’s responding to the rumors.

Below Deck star questioned for his political beliefs

The caption reads: “Flight to Washington DC today! Love PATRIOTS so much!!! America is the home of the FREE because of the BRAVE!!!”

Siggy Flicker shared a clip of the flight to the riots in Washington D.C. It’s the same riots that injured over 50 people and killed four people. Critics call the riots an “attempted coup” and “insurrection” of the U.S. Capitol.

However, Below Deck fans were disappointed to find that Lee also liked the post. @bravobravoduckingbravo wrote in their Instagram Story: “Not surprised to see this from Siggy but…..” Then they circled Lee’s official Instagram handle.

The user followed up with another Instagram Story. This time, they wrote: “A few people asked to make sure it’s the real Captain Lee. It is. I hate it too. Video to show that if you click his name on her post it takes you to his Verified page. *You have to be following him to see that it liked it.”Fans on Twitter reacted to the finding. One fan argued that Lee “doesn’t do politics” and “doesn’t know how it happened.” But, that fan noticed he also follows Siggy.

Claims he doesn't do politics and doesn't know how it happened but is following her too. 🤷‍♂️ pic.twitter.com/U5yX56EhO5

Below Deck fans asked him if it was really him who liked the post. Captain Lee Rosbach responded to the fan and wrote: “Not me, but that’s going around a lot lately. Everyone who knows me knows I don’t do politics ever.”

But fans kept accusing him of liking Siggy’s post. Then, he backtracked on his previous comments and claims it was a mistake. He responded to one fan: “I didn’t. Not sure how it happened. I don’t do politics. Never have, you can look back on my posts.”

That didn’t stop the viewers from accusing him of liking the post. The Bravo star continued to get backlash on Twitter. Understandably, he grew tired of it. So, he wrote a statement on his Twitter account.

“Ok, this the last thing I’m saying about this, I didn’t make any political post, have not and never will,” Captain Lee tweeted. “So if you want to keep kicking this dead horse, do so but I’m done. Thanks for the support.”

Ok, this the last thing I'm saying about this, I didn't make any political post, have not and never will. So if you want to keep kicking this dead horse, do so but I'm done Thanks for the support.

One viewer told him that she was “disappointed” and is no longer a fan. Lee admitted that she’s “entitled to her opinion,” and advised fans to not “pile on” her. Fans fell in love with Lee and his witty sayings over the years. He recently got applause for kicking off guests in the middle of a charter for the first time in Below Deck history.