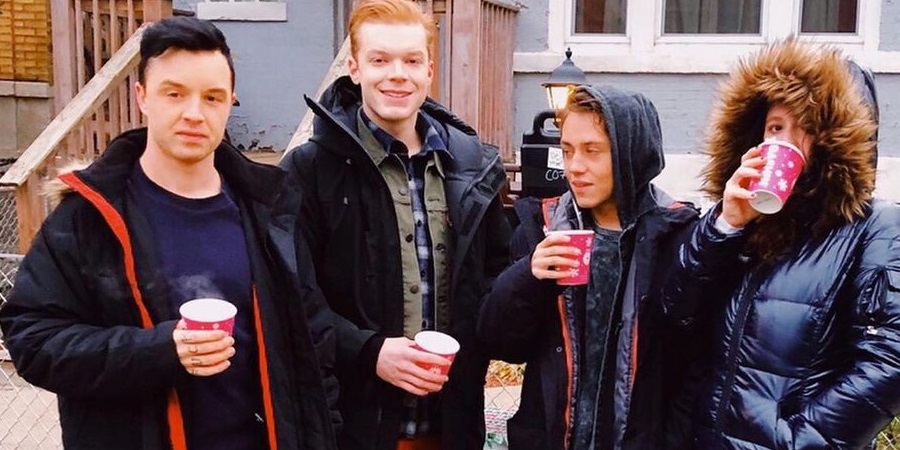 If you love Ethan Cutkosky (Carl Gallagher) of Shameless… You might want to sit down. Turns out, he was never supposed to be a main character of the series. In fact, the writers originally didn’t plan on giving the character any narrative as the series progressed. This is something Shameless fans everywhere might find fascinating as this is a character that really grew on you.

Executive producer Mark Mylod spoke to Chicago Tribute about Ethan Cutkosky. As we previously reported, he was just 12 years old when the series premiered. Writers never planned to give this character a narrative. He was a background character. Just a face for one of the children Frank Gallagher (William H. Macy) neglected.

“When you look at season 1, the role of Carl was to occasionally say something slightly shocking. We certainly would never dream of actually putting any kind of narrative on him or giving him any kind of story strand.” Mark explained to the outlet.

The producer even admitted his appearance is largely why they hired him. Apparently, Ethan always looked “slightly stoned.” And, Mark thought that was a perfect fit for this family. Mark Mylod had no expectations for his Ethan to do any acting.

It was in Season 4 of Shameless when things changed

During Season 4, the character Carl Gallagher had a larger role. The entire production team fell in love with Ethan. Turns out, he was an incredible actor. Thus, he ended up being worth exploring a narrative for his character.

“He turned out to be a brilliant actor, which was a bonus,” the producer continued to explain.

He almost left the show after Season 4

“I see myself as someone who goes to work and then comes back and hangs out with his friends. I still want to come home and be that regular kid.” Ethan explained to the outlet. He did not want to be an actor.

Unsurprisingly, the producers did NOT want to lose his talent. Thus, Carl Gallagher left for military school. The character exits the show during Season 5 and returns in Season 7. And, fans of Shameless were thrilled.

Truthfully, the character has come along way for someone who wasn’t meant to have a narrative. Does it surprise you to know Carl Gallagher wasn’t supposed to play a major role in the series? Share your thoughts with us. And, stick with TV Shows Ace for the latest Shameless related news.

What Is Josie Bates’ 1-Year-Old Daughter Willow’s Favorite Word?
Dale Moss Addresses Whether He Would Go On ‘Bachelor in Paradise’ Or ‘The Bachelor’
‘Mystery At Blind Frog Ranch’ EXCLUSIVE Photos Of Possible ‘Alien Metal’ From Next Episode
‘Bold And The Beautiful’ Spoilers For Next 2 Weeks: Steffy Falls For It?
‘Return To Amish’ Season 6 Premiere Date Confirmed: What To Expect