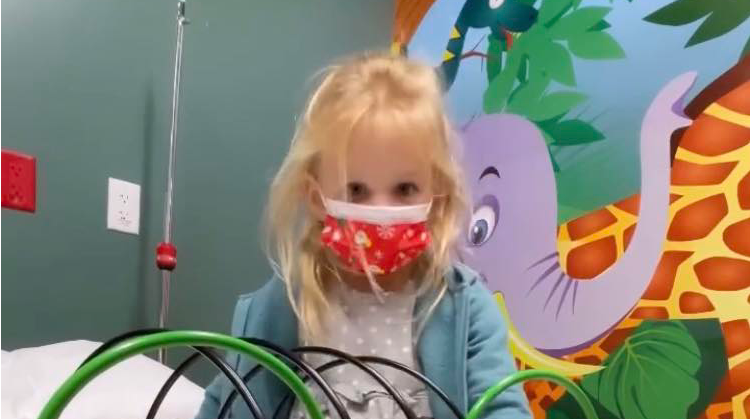 Riley Busby was rushed to the hospital after suffering a head injury tonight. It was Adam Busby who took her in. We presume Danielle Busby stayed home with the other girls. This matchup makes sense. Danielle hasn’t been feeling so well. Likewise, she’s probably had her fill of hospitals after her own time spent there this week. Adam more or less informed fans in real time as they sat in the parking lot before entering the hospital. Fans got more updates while they sat in the waiting room and the exam room.

Now, Adam Busby was even kind enough to share a video showing the injury on RiRi’s head. This was a move that surprised many. After all, Adam and Danielle were just talking about respecting Danielle’s privacy when it comes to health. So, being so open about sharing their daughter’s accident and injury was a little surprising.

Adam Busby took to Instagram just an hour ago to talk about taking another trip to a hospital. He was feeling done with hospitals these days. His post featured a pretty saddening picture of Riley Busby. It also featured a video.

Well, I’m done with doctors offices today… Riley just couldn’t let us end the day without a little extra excitement. This is what happens when you want to dance on the bathroom floor as your sisters are getting in and out of the tub. One staple for Riley! She was a trooper though.”

In the video, Adam had Riley turn around while he carefully fiddled with her hair. He was hoping to pull enough hair up to find the injury. Once he did, he zoomed in on the injury. Fans could clearly see the single staple holding the gash together.

Riley could be heard chattering in the background. Fans could tell she was less nervous. She slowed down. And, now? It was easier to understand her. She expressed wanting to see her injury for herself. Adam responded by zooming in on the injury a few times. We assume he had plans to show her the video after.

Fans of the family were so happy with the outcome. Sure, giving a staple was not ideal. But, the situation could have been much worse. Likewise, Riley certainly looked to be doing alright in all of the videos and photos Adam shared.

So, are you happy to hear RiRi is doing better after her head injury? Share your thoughts with us. And, stick to Tv Shows Ace for more OutDaughtered news.