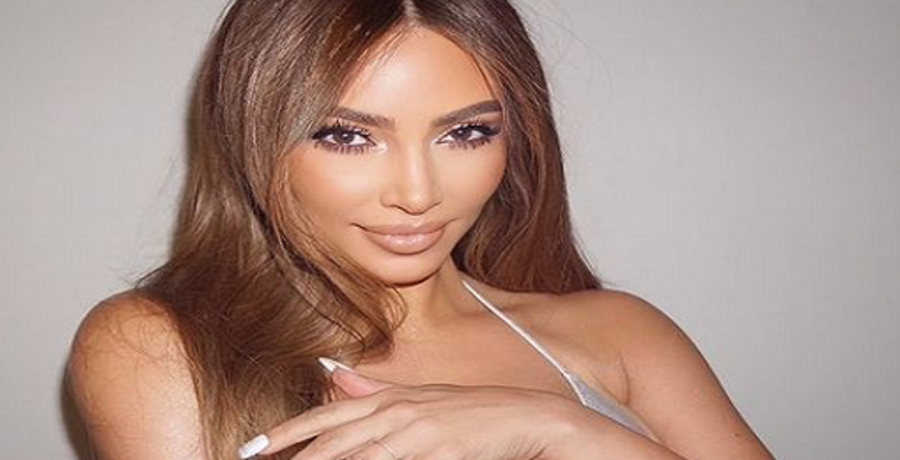 Kim Kardashian is studying the Bible for the new year. The Keeping Up With the Kardashians star revealed that she’s attending Bible study with her older sister Kourtney Kardashian. She has kept quiet on social media for the most part. TV Shows Ace previously reported that Kim quietly deleted two of her Instagram posts.

This comes amid the divorce reports. Page Six was the first to report that Kim is considering a divorce from Kanye. However, E! News and TMZ claim that the couple is working on their marital problems. However, that doesn’t mean that divorce isn’t on the table.

The SKIMS founder is turning to her faith during this difficult time. On Friday, January 7, Kim Kardashian revealed to her followers that she’s attending Bible study with her sister Kourtney Kardashian. The two even wore matching outfits. In the photo, Kim and Kourtney rocked furry half-zip sweatshirts from none other than SKIMS.

“When @kourtneykardash and I show up matching in our @skims to Bible study,” Kim captioned the photo.

Kourtney reposted the photo on her respective Instagram Story. The 40-year-old reality star used to attend Kanye’s famous Sunday Services. But that has changed with the ongoing coronavirus pandemic. Besides, the couple is reportedly spending their time apart. Kim remains in California while Kanye currently lives in Wyoming.

That could also change if they finalize their divorce. Just days ago, Page Six reported that Kim is getting a divorce from Kanye. An insider told the outlet that the couple wants to keep this decision “low-key” and she’s “done.” Kim wants to stay in California with their four kids while the “Jesus Walk” rapper prefers to live at his Wyoming ranch.

“Kim is trying to get Kanye to turn over the Calabasas house to her because that’s where the kids are based and growing up,” an insider told Page Six. “That is their home.”

While Kim “owns all the land and adjoining lots,” her husband “owns the actual house.” The couple put millions into renovating their home, which took several years. Kim has reportedly hired divorce attorney Laura Wasser. She’s the same lawyer who handled Kim’s divorce from Kris Humphries.

Kim Kardashian is still focused on her business. The reality star promoted her new line of bodysuits for SKIMS, which launched on Friday, January 8. She’s not letting her rumored divorce get her down. Hollywood Life shared the photos of Kim wearing a white bodysuit with silver thigh-high boots.

The bodysuits come in three options: “Sleeveless Scoop Neck,” “T-Shirt,” and “Long Sleeve Scoopy Neck.” The official SKIMS Instagram account posted the official photos with an announcement. Fans were in awe over Kim’s beauty. They were more excited over the photos than they were about the launch.

Check back with TV Shows Ace for the latest news on Kim Kardashian.