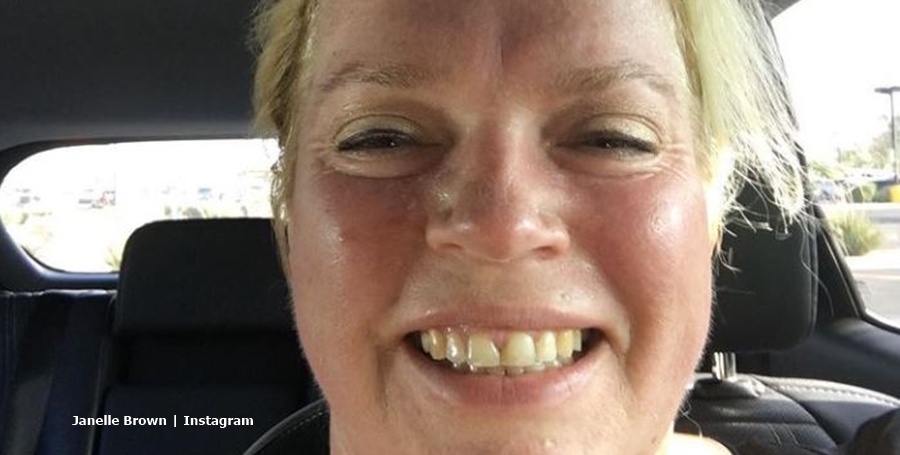 Janelle Brown shared a photo of a unique Christmas decoration and fans swooned over it. In fact, they want more info as so many people never saw one before. Much like Christine Brown, she feels it should not get stashed away in a box as it brings light and cheer into her life this winter. So, what is it is and where can you get one?

We reported that Christine couldn’t bear to take down her tree just yet. So, she took off most of the Santa decorations and redecorated it for the New Year. Actually, it looked so lovely that some fans decided to the same thing. After all, it’s winter. And with the COVID-19 virus around, people still miss their families and friends. A little bit of cheer during these gloomy days never hurt anyone.

Now, Janelle Brown took to her Instagram and shared that a nice decoration stayed out after Christmas. She just can’t put it away as it brings a lovely cheery winter feel to her home. In the comments section, a lot of Sister Wives fans agreed it looked rather lovely. But the angle of the photo made it unclear as to what it might be. Some people guessed it might be a small TV of some kind. But another one suggested it looked like a camper van with the light spilling out.

What is that decoration?

Janelle shared her photo on January 8. And the main scene reveals a screen with a backlight. Inside the setting, is a wintery, Christmas scene. Kody Brown’s fourth wife wrote, “This has been tucked away with my Christmas decorations for years. I decided to leave it out this year. I think it feels like winter not just Christmas. Little things that bring joy, right ?!? 😂”

Well, Sister Wives fans agreed it looked really cheerful. But a lot of them couldn’t figure out what they looked at. One of them asked, “What is it?” And another one wrote, “What is it that we’re looking at? Is it a large window looking out of an airstream window?🤷‍♀️” Then another TLC fan asked Janelle Brown if it was a mini-TV. One fan wrote, “Looks like a replica of an old TV set it’s a winter scene with animals in the forest 🦌 ❄️.” Well, another fan seemed on right track.

One TLC fan asked if the attractive little decorations is a campervan of some sort. And, looking down in the corner, yes, there’s a little wheel. So, it looked very much like a campervan snowglobe. So many people asked Janelle where she got it. Others also ask as they want one for themselves. So, we checked it out online. Assuming the guesses that it’s a little campervan are right, some very similar images appear in online searches.

Decorsteals.com carries one that looks very similar. A different interior, it nevertheless looks Christmassy and lights up through a side window. The website described it as “perfect for setting it up on your mantel or on your end table in your living room!” They also explained, “the vintage style paired with the LARGE size of this camper snow globe will be sure to add a statement wherever you place it.” So, it might be worth checking it out if you want something similar to Janelle Brown’s pretty ornament.